What has the Nürburgring ever done for us? 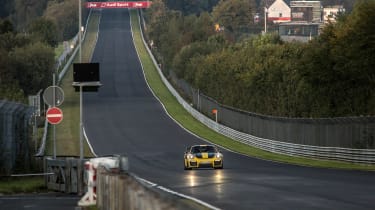 The Nürburgring is steeped in motorsport history and is internationally renowned as one of the most fearsome race tracks on the planet. As time has gone on, more manufacturers have developed dedicated testing facilities at the formidable circuit conducting testing programmes to measure both the performance and durability of their road cars.

This is a trend that has spread not just to high-end performance machinery, but to much more humble vehicles as well and its impact on the cars we drive has been far-reaching. Below, Evo contributors Colin Goodwin and John Barker put the case for and against the Nürburgring's influence on modern road-going cars.

In favour of the Nürburgring

Some years ago, GM organised an event at the Nürburgring Nordschleife with the intent of showing that its cars handled well. It did so because this fact was not apparent from driving them on the road.

This was back in the early ’90s, when French car makers were much admired for the agility and comfort of their cars, which is how I found myself heading downhill in a boggo Citroën ZX estate towards the wicked compression that is the Foxhole. We hit the bottom at about 90mph, the ZX, myself and four water mannequins, and when the suspension compressed to the bump-stops, the car took attitude and we headed up the other side with a handful of opposite lock. Exciting stuff. The lap after, the Astra took the compression at the same speed without drama. But around the rest of the 13-mile lap it was uninspiring and flat-footed.

Finding handling foibles in volume models is one of the reasons car makers use the Ring. ‘For us, it’s a very good test facility,’ says Jos van As, BMW’s boss of road car dynamics. The company’s new models are developed and tuned all around the world and their final sign-off is at the Ring. ‘There’s nowhere else quite like it. It has extreme bumps and dips, 300 metres of elevation change and a high average speed,’ says Van As. ‘The combination of high cornering speed, body movement on bumpy sections and 160mph-plus potential is very challenging.’

‘You can develop a car at the Nürburgring or for the Nürburgring,’ says Phil Talboys, who runs Jaguar Land Rover’s test facility at the track. Most JLR cars being developed at the Ring are cooking models. They’re there not for dynamic tuning but for durability (each mile of the Ring is reckoned to be the equivalent of 12 road miles), stability- control tuning, and thermal robustness and brake testing. What makes it a tough test? ‘The duration and the speed – an eight-minute lap is an average speed of 90mph. There are lots of bumps and crests, some offset, and the elevation change tests the brakes on the way down and the thermal robustness on the way back up.’

Talboys estimates that JLR products rack up 200,000km (124,000 miles) a year on the Ring and about 1million kilometres (over 600,000 miles) in the area – the derestricted autobahns and local country roads add to the usefulness of the Ring as a test centre. 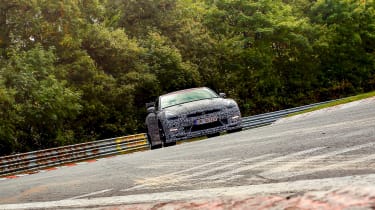 Ring lap times? Horst von Saurma, the veteran journalist and Ring specialist, offers another perspective: ‘It’s one of the few recognised performance benchmarks, after 0-60mph and maximum speed.’ Thierry Landreau, director of engineering at Renault Sport, agrees. The company targeted the front-drive lap record and learned much from the experience. ‘There are few reference tracks and the Ring presents unique difficulties,’ he says. ‘It’s the best track for showing chassis performance – we managed lap times the equal of much more powerful cars. But the Nürburgring was the final test, the final validation – we didn’t design the Mégane RS for the Ring.’

Some car makers do chase lap times for marketing reasons, but for most the value of the Nordschleife is in proving the dynamic security, durability and robustness of everyday models. It’s partly why we can have cars that in extremis are Astra-safe but are otherwise entertainingly agile like the ZX.

Der Nürburgring. What memories I have of this famous place. WheelTorque (remember them?) trackdays at which you circulated until your tyres, car or luck ran out. The gentleman with the satchel at the old pits who took your money for another lap. Losing an XK8 at the Mini Karussell and missing the Armco by a millimetre. Racing a Caterham in the 24-hour race. 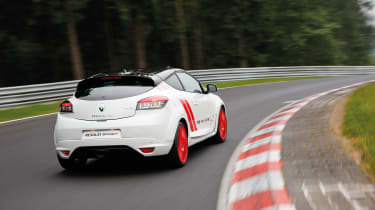 Rose-tinted visor? Possibly, but the place isn’t what it used to be. Public days are now expensive and, worse, are mainly spent in the car park or cafe waiting for the cleaning crew to sweep the remains of a superbike or car from the track; the delay can be particularly long if more gruesome cleaning is required.

But what has really sullied the Nürburgring experience for me is the car makers’ successful campaign to turn it from a racing circuit into a marketing tool. It’s my personal rule to avoid mentioning that a car has been ‘developed at the Nürburgring’ or set a new lap record there. The lap record thing has always been nonsense. How on earth can we know if a car is really sticking to the rules?

Ah, but it all helps to develop our cars, the marketeers counter. Rubbish. To validate a hunch of mine, I called the legendary chassis development engineer Matt Becker, son of even more legendary engineer the late Roger Becker; both mainstays at Lotus and the former now at Aston Martin. I can’t recall any Nürburgring name-dropping at a Lotus launch or any banging on about the tremendous contribution of the place. 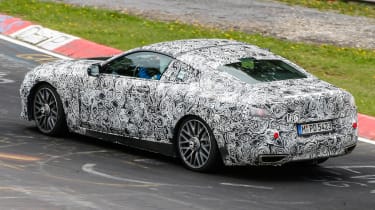 The Esprit Sport 300, one of the best-handling cars I’ve ever driven, never went near the Eifel mountains. ‘In more recent times we used to take cars to the Ring,’ says Becker, ‘but usually for one specific task such as brake testing or high-speed stability. It’s the same in my current role. Trouble is, if you set a car up to be excellent around the Ring you later find yourself adjusting all the changes out of the car to make it work on public roads.’

I called Porsche to ask how much Ring-time was involved in the development of its cars. ‘Not that much,’ was the reply. ‘We use the roads around the factory, our Weissach facility and then a multitude of locations around the world for hot- and cold-weather testing and different road conditions.’

‘It’s 28 degrees here in Barcelona,’ says McLaren’s Chris Goodwin, ‘and I’ve just looked up the weather at the Ring and it’s raining. That’s one of the reasons that we have a centre in Spain for testing. We’re a relatively small team with short programme times so we can’t afford to hang around waiting for good weather. Our best cars, the 675LT and 570S, didn’t turn a wheel at the Nürburgring. It’s great fun to go there as a driver but has limited use as a test facility.’ 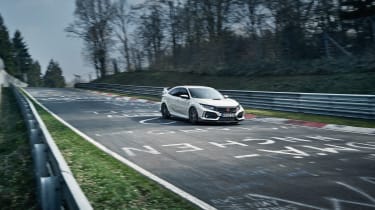 Spot the common denominator? These companies have built reputations via their products. They don’t need to name-drop the Nürburgring in every other sentence of the promotional material. Companies such as SEAT, Honda and, sadly, even Renault, are the ones banging on most about their cars’ Nürburgring development. Porsche has used the Ring in past marketing material, but it tended to be produced by a promotional department led by men with names such as Siffert, Redman, Attwood and Stommelen.

Marketing is insidiously taking over from engineering in the car industry and I hate it. If the engineers at BMW’s M division were to say they were going to give the next M5 just 325bhp and with it smaller and lighter cooling systems, lighter brakes, etc, because it would make it more fun to drive, the marketing department would have them fired for not creating a car with more power than its main rival, the 603bhp Mercedes-AMG E63 S.

The Nürburgring hyperbole is just another symptom of the same disease. Funny that the place was built in the 1920s to relieve unemployment in the region and to provide the German motor industry with a test facility – rather similar to why Brooklands was built 20 years earlier – and yet in the years when pounding around a racing circuit really did aid road car development, the Nürburgring was rarely mentioned.