What's the future for the petrol engine?

The internal combustion engine is under attack like never before. But what exactly are the threats it faces over the coming decades? 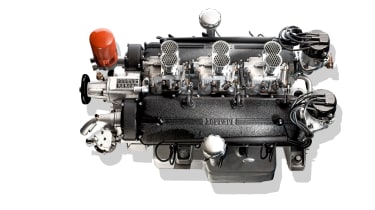 Car manufacturers are a long way from forgetting how to build cars that enthral us, from the second you first see their form to the moment you walk away from them with the smell of warm tyres and the ticking of cooling components in the air. But combustion engines, which have powered our cars for over a century now, are living on borrowed time, with taxes, legislation and customer preference all likely to affect their trajectory over the coming years. Here’s how and why that may happen.

Is France going to kill the hot hatch?

You could fill a ‘best hot hatchback’ rundown with nothing but French cars and still have a list that was all killer, no filler. Yet sadly we may one day look back on France not as a fertile breeding ground for practical and affordable performance cars, but as the country that scorched its earth to forever kill them off.

New tax laws in France could make hot hatches cripplingly expensive to buy. A sliding-scale rate is now applied to new cars over a certain CO2 threshold (currently 117g/km, and set to become more stringent in the future). So the Renault Mégane RS, for example, faces a hefty whack upon initial purchase – 7613 euros for its rating of 181g/km. 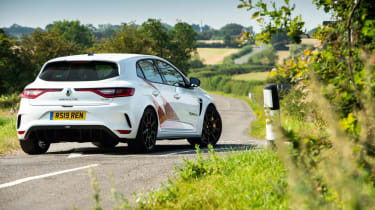 High-horsepower cars face further penalties too, thanks to France’s complex ‘fiscal horsepower’ system. First introduced after World War II, it essentially converts a car’s power level to a ‘CV’ rating (hence the name of Citroën’s 2CV), which in turn determines how much tax must be paid. For a 15CV car such as the Mégane, it’s 1000 euros, and the tax rises with each CV to a cap of 8000 euros.

All in, a Mégane RS currently costs around £5000 more to buy in France than in the UK. It’s easy to see why Renault has no plans to make an RS variant of the next Clio. Faced with such penalties, could the Mégane soon follow suit?

Remember the heady days of the £5 London Congestion Charge? With current tolls standing at £11.50 per day, the recent T-Charge adding a further £10 for pre-Euro 4 vehicles (the emissions standard applied to all new cars from January 2006), and the imminent introduction of an ultra-low emission zone at £12.50 per day, the message is clear: internal combustion is increasingly unwelcome in cities.

Full diesel and petrol bans have already been confirmed by some cities, too – notably Paris, which will be combustion-free by 2030. Given most such initiatives are based on emissions, there’s little guarantee cities will become less congested or safer for pedestrians and cyclists, but the air should at least be a little cleaner to breathe.

Of all the potential issues facing combustion engines, car-free cities could be the smallest compromise for the greatest environmental and cultural benefit – and as anyone who has driven around London or Paris will concur, driving enthusiasts won’t be missing much…

If we don’t have bigger concerns by 2040 – a Brexit-induced Mad Max-style hellscape where parents joust in decrepit Nissan Qashqais over the last scraps of food, say – then that year will mark the last that new petrol and diesel vehicles can be legally sold in the UK.

The Netherlands has set a date of just 2030, while France is another country choosing 2040, which, of course, is a long way off; consider how much has changed between 1998 (when evo was launched) and today. It’s clearly going to be difficult to predict the next 21 years.

But 21 years is also just three model cycles for the average car, so we’re looking at a scenario where the 995-generation 911, Mk11 Golf GTI or tenth-generation 3-series will be powered by battery or hydrogen – or simply won’t exist, at least in some markets. And that won’t happen all of a sudden: the Golf and 3-series have already been electrified in some variants, and Porsche will follow with the 992. 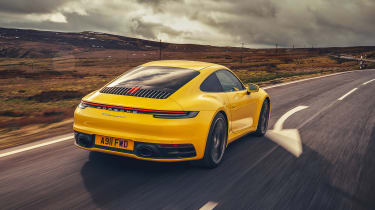 Even if Dieselgate had made no impact on Volkswagen – and with lawsuits ongoing and a range of EV concepts pushed in front of us at every motor show, it undoubtedly has – the revelation has been fairly effective at soiling the sheets for the rest of the industry too.

Uncertainty over diesel has without doubt played a part in Jaguar Land Rover’s current struggles, and no marketer dare put the words ‘clean’ and ‘diesel’ in the same sentence, even if engineers continue to make strides down that path.

The subtext of Dieselgate, though, is one common to all combustion vehicles: the low-hanging fruit of economy and emissions has already been plucked, and without heavy electrification, it will become increasingly difficult to meet various national emissions standards.

Battery tech and fuel cells remain expensive, but the shrinking cost gap between electrified vehicles, with their easily adaptable drivetrains, and increasingly complex combustion engines – plus the ease of marketing EVs as clean to consumers – may naturally tip the balance.