What is the new WLTP test and how can it make cars more fun? 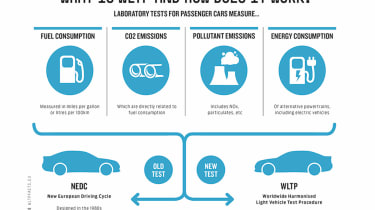 Ever-tightening regulation of the automotive industry has become a common theme in recent times and nowhere has the squeeze been tighter than in the areas of emissions and fuel economy. To date, the impact of newer, stricter emissions guidelines has largely been felt in the engine bay, with manufacturers turning to engine downsizing and powertrain electrification to meet emissions standards. Now that could be about to change and change in a way that may mean significantly lighter cars.

The new emissions and mpg testing system being implemented this year is known as the WLTP (World Harmonised Light Vehicle test Procedure) and it could force manufacturers to produce lighter cars because the tough new criteria will be hard to meet using engine technology alone. This is something we’d welcome wholeheartedly, given the benefits light weight can bring to a car’s performance and handling - as well as the obvious environmental gains.

> So what does kerb weight mean?

We like weighing cars here at evo. We have a set of calibrated scales that allows us to measure the corner weights to an accuracy of a few kilograms, so, as with performance and economy figures, we can find any significant variance from what a car maker claims. We care about weight because it influences how a car drives, affects all dynamics – acceleration, braking and cornering. It also affects fuel economy and emissions, and that’s why it’s becoming much more important for new cars in the WLTP era. 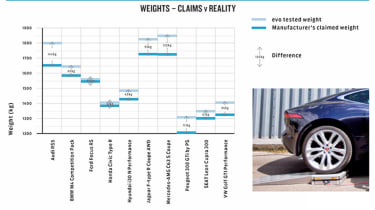 So why can a car that arrives for test weigh-in at 50kg or more in excess of what its maker claims? A recent evo Supertest featured the Mercedes-AMG C63 S Coupe, which has a quoted kerb weight of 1725kg. That made it the heaviest car present by some margin, but on our scales the test car came in at 1847kg. Optionally, it had a panoramic glass sunroof (circa +15kg) and Burmester stereo upgrade (circa +10kg), but also had the optional carbon-ceramic brakes (circa -20kg). It doesn’t add up.

So why can variances occur? Some car makers have a ‘trim level zero’ that lacks heavy features such as air conditioning and electric seats, but which can’t be requested. Or the kerb weight assumes the fitment of expensive options such as special alloy wheels, carbon brakes, bonnet, roof, etc, or the manual gearbox that has a mere five per cent take-up rate.

The current fuel consumption and emissions test that car makers self-certify against – the NEDC (New European Driving Cycle) – was designed in the 1980s and does not reflect fuel economy figures and emissions in real-world use. Its replacement, WLTP, has been designed to be more representative; it’s a 30-minute test (ten minutes longer) based on real- world driving patterns, and subsequently includes more speed phases and a higher average and top speed. From September 2018, it will be illegal to sell cars that are not WLTP certified under EU law.

Why is weight so important in the new WLTP emissions tests?

In the old NEDC test, models were classified within weight bands, and a single model with the lowest kerb weight and lowest rolling resistance would take the test. Thus there was no incentive to lower the actual weight of an example sitting in the middle of the band. 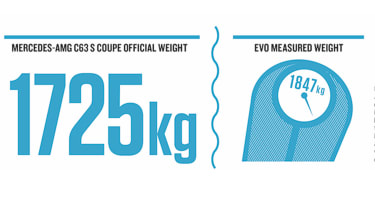 In WLTP, both the lightest (most economical) and heaviest (least economical) versions are tested. WLTP will also factor in the effect of options that can be specified and produce figures for individual examples. Currently, there is a lot of activity at rolling roads around the world as car makers measure their cars to the new standard and also quantify the impact of options such as wider wheels and tyres.

What will the effects of WLTP be?

When WLTP becomes the new norm, claimed fuel economy figures for all cars will drop, and CO2 emissions will rise. Currently, we are in a transition period where figures for new cars can be found for both NEDC and WLTP, but from September this year all new cars sold will have to have a WLTP rating. An equivalent NEDC CO2 rating can still be used for calculating new-car tax but, according to the VCA (Vehicle Certification Agency), ‘at some point’ only the WLTP rating will be used. If at this unspecified point the UK government CO2 tax bands haven’t changed to reflect this, new-car buyers will be paying more tax, even though the car’s emissions have not changed.

There may be more tax to be paid because of options chosen too, as their effect on CO2 emissions will be included in that car’s rating. Buyers who in the past might have splashed any left-over budget on wider wheels and tyres might think again because they’re a double- whammy, increasing rolling resistance and aerodynamic drag. Options with a neutral or beneficial CO2 effect might become more popular – low-rolling- resistance tyres and aero kits. Remember the Polo BlueMotion?

Perhaps the new test will also produce more realistic economy numbers for turbocharged engines. Currently, they look good in the NEDC test because they can be set up to spend very little of the test on boost. Maybe very efficient, naturally aspirated engines will see a revival, which would be good for enthusiasts because efficiency means more power as well as economy. There is a greater incentive to make cars lighter, too, and as mentioned earlier, that’s good for overall dynamics and, so, good for us enthusiasts.