The secret world of car development

From concept to showroom-ready, we take a look at the people, the places and the prototypes behind a new performance car’s evolution 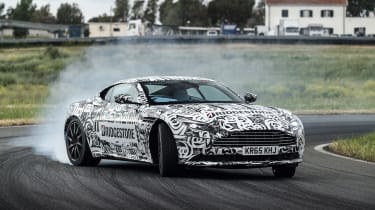 When a new car goes on sale to the public, it’s usually the result of a six-year process; one that begins with an idea and flourishes through the digital space and on to the opaque world of the automotive development industry. Using the latest Bentley Continental GT as an example, below we’ll detail the different types of cars involved in that development process and what their roles are in realising an incredibly complex product.

Before that, consider that initial styling sketches and digital engineering work will have begun in year two, following the first 12 months of product idea generation, profiling, and the definition of requirements, competitors and target markets. By the third year, prototype vehicles will be running in digital form, amassing thousands of virtual miles before a wheel is turned in reality. The same year, the first physical test vehicles will start to appear, still up to four years before the finished product is ready for customers.

Simulators are what we commonly refer to as mules. You know the kind of thing: the chopped-up luxury saloon running around with the guts of a new sports coupe underneath its familiar – albeit distorted – exterior. These are the mutant, Frankenstein cars. In the case of the Continental GT, Bentley purchased 25 Panamera development cars from Porsche (examples from later in the development process) and contracted out their modification to a specialist firm, which removed a chunk of metal from the wheelbase in line with the specification of the new GT. Fitted with a Bentley engine hooked up for the first time to a PDK ’box, this is where the physical gestation of the new Continental GT begins. 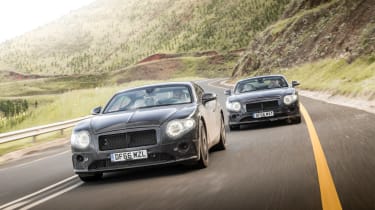 With the digital prototype phase completed, simulators accruing miles and the final styling model signed off and into its refinement stage, this is the point – usually around three years before the car will reach customers – that the first prototypes of the car will appear. They are rarely seen in public, and if so are usually clad in fake panels to disguise the real thing.

The cars have been built by hand, and therefore are extremely expensive – think millions. It’s the increasing adoption of digital design and prototyping that is reducing the number of these costly prototypes that need to be built. For the Conti, 25 physical prototypes were made, but for larger and more mainstream brands that fleet will be far larger.

Somewhere up to two years before launch the first cars start to be built using a repeatable production system – tooling, in other words. In VW Group speak, these are known as VFF – Vorserien Freigabe Fahrzeug, or pre-release vehicle. Most of the core engineering work is done by now, but much fine-tuning lies ahead. These are the cars you’ll see, wearing body disguise or camouflage patterns, pounding around testing facilities, braving the cold in the arctic, or high-speed running in the desert. As the process evolves, a reference VFF car will be kept and updated with newer parts based on the fleet’s development. These cars are then replaced by PVS (Produktions Versuchs Serie – production trial series) as the car nears the final 12 months of its development. Changes at this point are small – a minor ECU calibration, work on wind seals, tuning of the exhaust note.

The final development vehicles are known as the 0-Series, and should be representative of the final car. It will be from one of these that the exact specification is frozen, then replicated potentially millions of times on the production line. Despite being ostensibly identical to the cars that you or I may buy from a showroom, 0-Series cars can never be sold. They’re often used for international press launches, dealer events and possibly future training work, but many end their lives in crash testing and almost all will eventually be scrapped – 0-Series Bugatti Chirons, included.