From a Special Forces off-roader to an everyday supercar, Lamborghini’s ‘other’ creations make the Urus look run of the mill 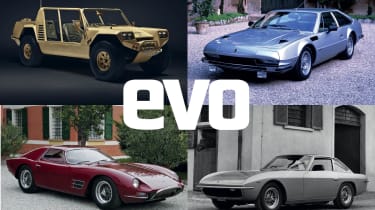 The chances are you know the story of how an industrious Italian by the name of Ferruccio stuck it to the world’s pre-eminent maker of sports cars by building his own. Of course, Signor Lamborghini’s cars were only made possible by the business that funded his side of the spat with Ferrari. Tractors.

Lamborghini Trattori still exists today, so the notion of a Lamborghini ‘Chelsea tractor’, as the uncharitable might call the Urus, is perhaps less sacrilegious than some are suggesting. The Urus isn’t even the company’s first SUV. In fact, Lamborghini has numerous models in its back catalogue that don’t conform to the mid-engined supercar format that we tend to associate with the firm today.

Here are some of the highlights... 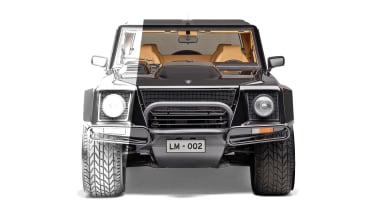 Built between 1986 and 1993, the Urus’s direct predecessor made Lamborghini the first supercar manufacturer to venture into SUVs – and this long before Audi took control at Sant’Agata. The term SUV could even have been created with the LM002 in mind. The Countach’s V12 took care of the ‘sports’ bit, and the ‘utility’ was never in doubt, thanks to an open load bed and the ability to scale inclines that would have given a contemporary Land Rover a nose bleed. 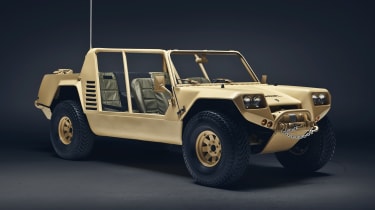 The LM002 wasn’t Lamborghini’s first all-terrain vehicle, as nearly ten years before it there was the Cheetah, commissioned by the American Special Forces. Rather than using a Lamborghini V12, the Cheetah was powered by a Chrysler-sourced 5.9-litre V8 that was rear-mounted and waterproofed. A prototype Cheetah was built by a defence contractor in the US, then sent to Italy where Lamborghini applied the finishing touches before the vehicle’s debut at the 1977 Geneva motor show. The Cheetah never made production, but it could be considered a predecessor to the iconic Hummer. 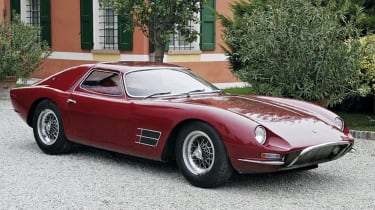 The first cars built by Lamborghini were the front-engined V12 350 GT (1964) and its successor, the 400 GT (1966). However, with the coachbuilding era in full swing, it wasn’t long before some even more special one-off commissions began to appear. Cue the 400 GT Monza of 1966, with unique fastback bodywork by Neri and Bonacini. Initially built for an American customer, after homologation issues it ended up being sold to a Spanish client, with whom it remained – largely unseen – until his death in the early ’90s. 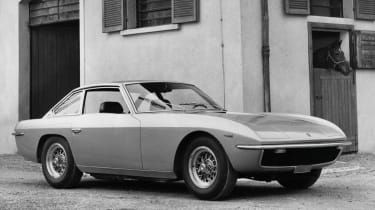 Two years after Marcello Gandini of Bertone had applied his hand to the magnificent Miura supercar, Lamborghini decided to replace its ageing 400 GT with a new front-engined coupe. Unfortunately, Gandini’s deft touch didn’t reach the Islero of 1968, the design instead being the work of Carrozzeria Marazzi. So although the Islero gained the Miura’s fabulous Bizzarrini V12, it lived in the shadow of its mid-engined sibling – and of Gandini’s other recent commission for Lamborghini, the Marzal concept car… 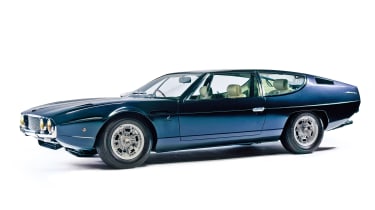 Arriving in 1968, the Espada was the productionised realisation of the Marzal concept. Donning a similar Gandini-designed silhouette, it traded the show car’s Perspex doors and silver leather for a sophisticated palette of materials, yet was no less striking. Under the vast bonnet was the same Bizzarrini V12 as in the Miura, but here intended to effortlessly transport one very wealthy driver and three friends across the continent in comfort. It may not be the prettiest V12 Lambo, but it sure is one of the most distinctive. 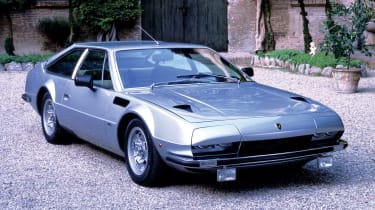 By 1970, the Miura and Espada had raised Lamborghini’s profile to that of a global supercar manufacturer. But Gandini’s expressive design did leave space for a slightly more understated GT, especially in the US, which had not warmed to the Espada’s quirky proportions. The Jarama was built for just that purpose: an ‘everyday’ Lamborghini that was less of a statement supercar. It was also the car that company founder Ferruccio drove every day. 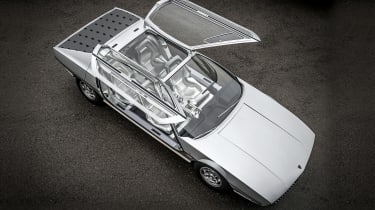 The Marzal shocked the motoring world with its wild proportions and stunning detailing at the 1967 Geneva motor show. Defined by its glazing and hexagonal rear louvres, the four-seater Marzal set a precedent for Bertone design and inspired the subsequent Espada. The one-off Marzal then disappeared, not appearing again in public until 1996, when a collection of Bertone’s most iconic models were gathered together in California for Monterey Car Week. 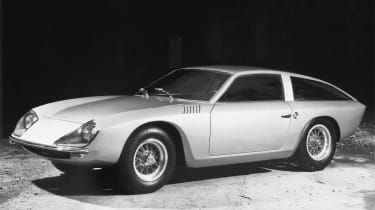 The second one-off 400 GT-based model was the Flying Star II, a two-door shooting brake from coachbuilder Carrozzeria Touring. Very modern-looking for its era, with sharp creases and elegant proportions, the Flying Star II may have been built as a prototype but was also fully functional. The car was shown at the Turin motor show in 1966 and was to be the last design to come from the illustrious coachbuilder until its revival in 2006.