We chart the evolution of the supercar breed over four decades. Here we look at supercars from the seventies 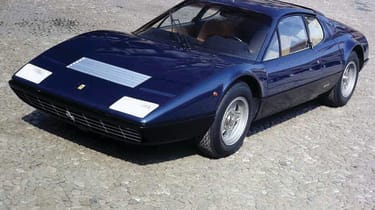 The Miura had first appeared in 1966, but it wasn’t until the ’70s that the supercar really gained momentum. Driven by the competitive instincts of the early supercar pioneers, the concept was distilled and refined, given shape and meaning and a sense of geographical place.

Italy made all the early running as Ferrari, Maserati and De Tomaso responded to the Miura. Up until now Enzo Ferrari had refused to develop a mid-engined road car, believing his customers would find it too challenging to drive. His engineers managed to convince him otherwise, but it was not until 1973 that the 365 GT4 BB went on sale, with a longitudinal 344bhp 4.4-litre flat-12 and a claimed top speed of 188mph.

Rivals used longitudinal V8s – a 310bhp 4.7 for the 1971 Maserati Bora and a 330bhp Ford 5.8 (351 cubic inch) for the 1971 De Tomaso Pantera. The trouble for all these marques was that Lamborghini was one step ahead. While they responded to the Miura, the 1971 Geneva show witnessed the unveiling of perhaps the most influential and charismatic supercar of them all – the Countach.

It mattered not a jot that it took three more years for production versions to be ready, nor that the world was then in the grip of an oil crisis – the Gandini-styled Countach (below) was wild, outlandish and extravagant. The supercar kingdom had its first real champion, the ’70s had its pin-up and boys everywhere learned to say ‘Coon-tash’.

Big claims were made for the LP400, but the 375bhp 4-litre V12 of the early cars was largely carried over from the Miura and performance was of the same order – 0-60mph in 5.6secs and 175mph all-out. The template was there, though: mid-mounted longitudinal engine driving the rear wheels, a feast of cylinders, two-seat cabin and captivating bodywork.

Unless of course, you’re Porsche. On the northern side of the Alps they were building sweet, delicate sports cars, but by 1974 Porsche was keen to prove its worth against the Italians, so it turbocharged the rear-mounted air-cooled 3-litre flat-six. Even back then 256bhp was not a supercar output, but an 1140kg kerbweight gave it the necessary acceleration (0-60mph in 5.5 seconds) and a star was born.

Outside Europe the supercar wasn’t even on the automotive radar. The Japanese car industry was where the Chinese are now – just starting to look beyond its own borders, while America was under the muscle-car spell and the nearest they had to a supercar was the 1971 Corvette C3 Stingray, which did the numbers (454cu in, 425bhp, 0-60mph in 5.3secs) but was blue collar through and through when the Italian template was pure exotic.

British engineering was flying high in 1976 – Concorde started flying commercially and Colin Chapman gave us the first Esprit. With 160bhp. Not really a supercar. Aston Martin tried too, with the 432bhp, 170mph Vantage – but with the engine in the front it lacked the necessary glamour.

So the ’70s: the decade in which Italy nailed the supercar concept and everyone else just gawped...