Shelby’s tuned Mustang has lapped the Nordshleife in 7min 32.19sec 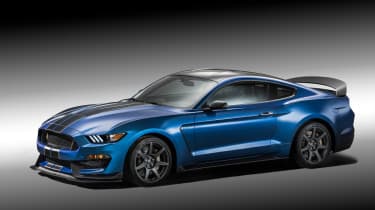 Shelby has thrown a punch at arch-rival Chevrolet on the European continent, by lapping the Nuburgring in a reported 7min 32.19sec in its GT350R Mustang. That’s more than 5sec faster than the Chevrolet Camaro Z28’s 7min 37.47sec, and just 0.8sec off Pagani’s V12 Zonda F. 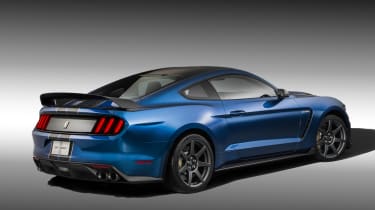 The GT350R is far more than just a fettled with GT350 ‘Stang, instead receiving a long list of modifications to give it a hardcore track-focused stance. A 58kg weight saving  - largely thanks to losing rear seats and bulky non-essentials like aircon – is accompanied by magnetic ride suspension and extra power from its 5.2-litre V8. 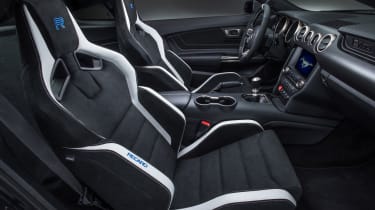 More than 500bhp has reportedly been squeezed from the flat-plane crank unit, with power sent through a Torsen limited-slip diff to substantially improve traction. This should certainly give the 2016 GT350R the grunt and poise to attack the twists and turns of Germany's Green Hell.

No video evidence of the laptime has been released as of yet. We’ll update here as soon as it has.