Goodwood Festival of Speed highlights - behind the scenes with evo

Here's our favourite moments from Goodwood 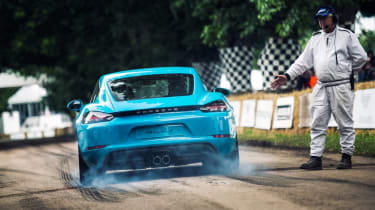 The Goodwood Festival of Speed this year played host to cars of just about every shape and size. There were some dynamic debuts, a few launches and a BMW centenary celebration that saw a truly fantastic selection of vehicles go up the hill.

Goodwood's hill climb route isn't exactly the sort of location that the Chiron could stretch its legs, but even so car clearly boasts phenominal performance.

evo's Will Beaumont was lucky enough to have a passenger ride in the car and was completely taken aback by the sheer pace on offer. 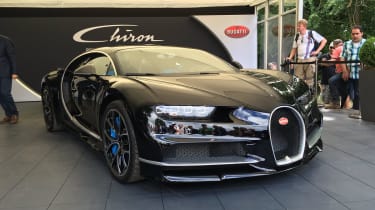 "When you expect the acceleration to tail off, and become less savage, the Chiron just keeps on surging forwards. There isn't quite enough time for your brain to comprehend the sheer rate of acceleration, but your stomach certainly does"

From the brutally fast, to the utterly iconic, evo's Will Beaumont was treated to a drive in the Alfa Romeo 1750 GTAm. A different experience altogether, but one which will stick with him for a while.

"The GTAm is, without doubt, one of my favourite cars. I never thought I’d have chance to drive one, but that’s what makes Goodwood so incredible. 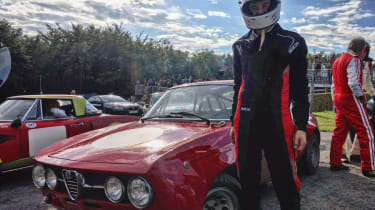 The Alfa is loud and doesn't like to idle for too long, but to drive it's actually very friendly. The clutch and gearbox are just like that of a road car and the live rear axle meant it lost grip in a slow and progressive manner. What wasn’t quite so ordinary was the engine.

It revved with such an intensity that still, days later, I can’t get the vicious, hard-edged induction note out of my head."

“Goodwood traffic isn’t great at the best of times, but after three days of solid rain leaving car parks impassable, 2016 was worse than ever. Thankfully Porsche had an ingenious way for us pampered hacks to skip the traffic that involved a Carrera Cup car and a Goodwood Estate back lane.” 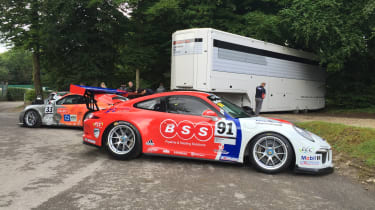 Editor Nick Trott drove the Alfa Romeo T33 TT12. ’The car is dominated by that sublime 3-litre flat 12 engine. It revs to 11,500rpm and produces well over 500bhp. It was soaking wet, so I took it very easy, but the noise will live with me forever.’ 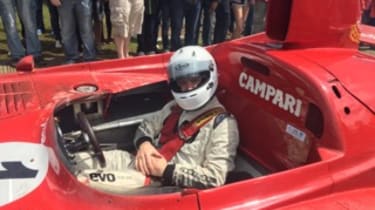 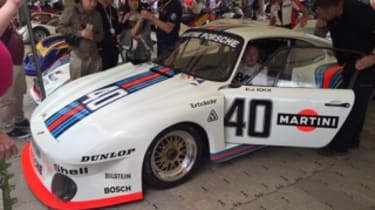 Website editor Hunter Skipworth took the passenger seat in a McLaren 570S Sprint. A track only special, the Sprint offers owners the opportunity to upgrade to FIA GT4 spec should they so desire.

"Being familiar with fast track-only McLarens is definitely not a bad position to be in. I only stepped out of the passenger seat of a McLaren P1 GTR a few weeks ago, so the Sprint felt oddly familiar, if nowhere near as fast."

"What struck me was how friendly the car felt. There was a definite tendency to oversteer, but it didn't, from the passenger side at least, feel remotely intimidating. I imagine as a track toy there will be a lot of people waiting for this one." 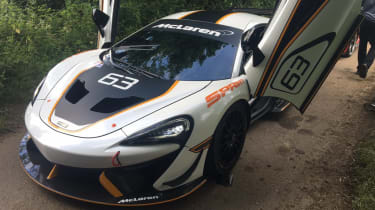 evo's Henry Catchpole was the first journalistin the world to drive the new 718 Cayman. Driving impressions are under embargo so we can't tell you quite what it's like yet.

Still, Henry made sure to heat cycle the rear tyres off the line ....