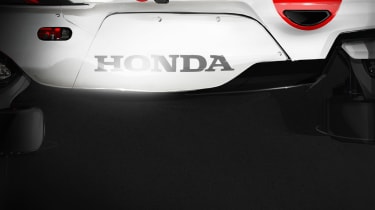 Honda will reveal a new concept sports car at the Frankfurt motor show. Created in collaboration with designers from its motorcycle division, Project 2&4 is expected to be a lightweight, track-focused sports car to rival the likes of the Ariel Atom and Caterham Seven.

Honda says the ‘cabin-less’ car has been created to ‘provide the freedom of a motorcycle and the manoeuvrability of a car’, suggesting it could be powered by a high-revving bike-derived engine – much like the original Atom. We won’t know for sure until Frankfurt, but just imagine a lightweight car powered by the 178bhp engine of Honda’s Fireblade motorcycle; it produces its peak power at a spine-tingling 12,250rpm.

Or could Honda’s sports car get the rampant 306bhp turbocharged 2-litre engine of the Civic Type R? That would place it in close contention with the rapid Atom 3.5R, a car that can accelerate from 0 to 62mph in just 2.6sec… Of course, since no technical specs have been revealed, we won’t know for sure until Frankfurt. 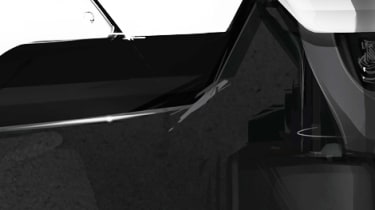 Nevertheless, Honda’s teaser picture does at least appear to reveal what looks to be upper wishbones poking out of the car’s bodywork, suggesting it sits on double wishbone suspension front and rear – something not even the Civic Type R gets.

There also appears to be a central beam that runs through the middle of the car, with the fuel tank located in the middle of this. If the car is a two-seater, it looks like the driver and passenger would sit either side of this, mimicking the layout of an open-top Le Mans prototype racer and ensuring the car would look totally unique in its segment.

Honda says Project 2&4 is a concept of ‘creative craftsmanship’ between its Asaka-based motorcycle designers and Wako-based car designers, ‘concept’ being the key word. But while there’s no reason to believe Project 2&4 will ever make production, we suspect the model will generate a lot of excitement in Frankfurt. The car will take centre stage on Honda’s show stand, and should help to soften the blow of the news that the NSX’s arrival has been delayed until spring 2016.