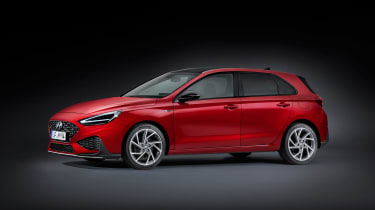 Hyundai’s i30 has been given a substantial update for the 2020 model year, introducing new powertrain tech, interior tech and fresh styling to the range. Initially revealed in its more demure ‘standard’ and N-Line specifications, we’ll have to wait to see the new i30 N later this year, but for the moment, the standard model’s styling and tech enhancements will give us an early look at what to expect.

First and foremost is the sharp new look, which updates the i30’s somewhat Germanic aesthetic for a more expressive appearance that’s already seen in many of the brand’s other models, including the all-new i20 that was revealed last week. The new LED lighting units, a wider and more expressive grille, plus fresh wheel designs, all help to freshen the i30, especially in N-Line models which will share the same styling details as the incoming i30 N 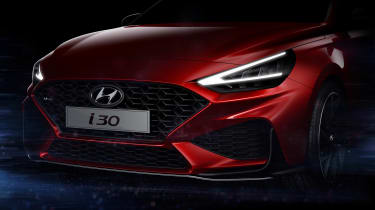 The interior has also been given a refresh, mostly in the form of new tech incorporating a fresh and much improved wide-aspect infotainment screen and semi-digital dials – the latter of which we dearly hope won’t be found on the i30 N as the current model’s excellent analogue dial set is better suited to the N’s more focused interior.

While details of the new i30 N’s powertrain remain unknown at this stage, we do know that the standard i30 will be offered with two turbocharged petrol engines comprising a 1-litre three-cylinder and a new 1.5-litre four-cylinder that are also supported by a new 48V mild-hybrid system. Power figures range from 119bhp at the lower end and top out at 157bhp in the N-Line-only 1.5. There’s also a 134bhp 1.6-litre diesel option if you’re into that sort of thing 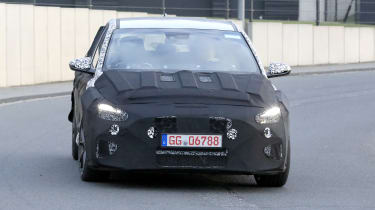 The new MHEV system is found on both seven-speed dual-clutch and six-speed manual transmission options, the latter utilising clever new tech that hydraulically decouples the gearbox from the engine while cruising to save fuel – a first for a manual transmission. Whether this mild-hybrid tech will be applied to the i30 N is unknown, but we do know that it will be available with Hyundai’s dual-clutch gearbox for the first time when it arrives later in 2020.

The i30’s updates will be spread across all three body styles, with a subtle adjustment in specifications and pricing when it arrives in the UK later this year. It’s facing some stiff competition in 2020 though, with a new SEAT Leon, Volkswagen Golf and Skoda Octavia to have to compete with