Small Hyundai hatchbacks have rarely been on evo’s radar, but this one will spawn a hot i20 N variant so here are the basics 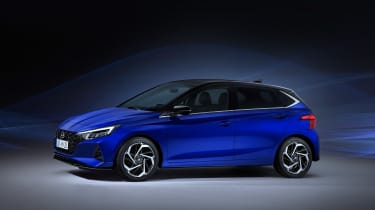 Hyundai has revealed an all-new third generation i20 hatchback; the b-segment supermini designed to rival the Ford Fiesta, Peugeot 208 and Renault Clio. The notion of a new Hyundai supermini might not naturally blip our radar, but the launch of this highly-stylised new i20 comes with news it will form the base of an i20 N hot hatch, the first N model to have been designed with a hot N model in the development program from inception.

The basics are pretty predictable, the new i20’s features a heavily updated version of the previous i20’s front-wheel drive chassis. The suspension layout is as one would expect of a supermini this size, so that’s MacPherson struts at the front, with a torsion-bar out back. The body itself is a more dynamic shape though, sitting 24mm lower, 30mm wider and 5mm longer than the previous model; the wheelbase has also grown by 10mm. 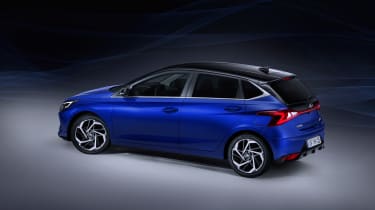 The standard i20’s engine range in the UK will be specific to a single 99bhp version with a 1-litre turbocharged three-cylinder engine. It’ll also be assisted by a 48V mild-hybrid system and will power the front wheels via a seven-speed dual-clutch, or six-speed manual transmission.

The latter is the interesting bit here, as the combination of a manual transmission and mild-hybrid system is unusual in the industry at large, and it's one facilitated by the gearboxes ability to disconnect itself from the engine when the driver lifts off the throttle at cruising speeds without any driver input or dipping the clutch. As automatic transmissions and the clever actuation available within them allow manufacturers to cut emissions and fuel consumption figures compared to their manual counterparts, this new feature might just close the gap, in the process keeping the old-fashioned manual gearbox more relevant. 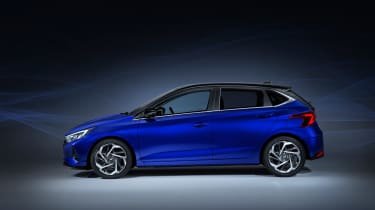 Other markets will also receive a 124bhp of the same engine, plus a non-turbocharged four-cylinder, but it’s the eventual adoption of something more potent in the new i20 N that is whetting our appetites. Specifics remain thin about the new supermini hot hatchback, but we suspect it’ll be aimed towards the Fiesta ST, in the same vein as its larger i30 N does the Focus ST.

The incoming i20 N will share the new i20’s sharp new design, albeit with a host of performance oriented elements that will likely be previewed by the incoming i30 N update and its all-new tech-laden interior (it has two 10.25-inch displays). This standard i20 will arrive in the UK in September this year, with the i20 N following in 2021. 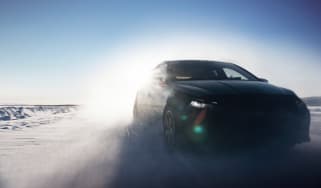