The Jaguar Project 8 is a 200mph marvel of engineering designed with one purpose in mind: to deliver the thrill of driving. We put some lucky evo readers behind the wheel of the fastest Jaguar road car ever built 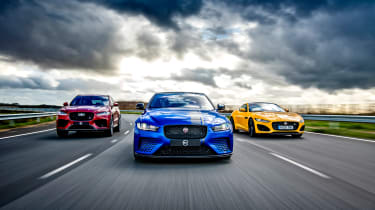 We love the Jaguar XE SV Project 8 here at evo. If we’d been asked to create our ultimate saloon car, it would probably be pretty similar to this – nearly 600bhp from an old-school supercharged V8, designed and engineered by some of the biggest talents in the car business.

It’s distilled, hand-built evoness and the fastest road car Jaguar has ever built. But unless you are one of the lucky 300 people who have the means to buy the Project 8 (or a very close and trusted friend), no one is likely to let you behind the wheel. Unless, that is, you are an evo subscriber. Jaguar gave the opportunity for eight readers to sample the ultimate XE at the test track used by Jaguar’s Special Vehicles Operation at Fen End, near Kenilworth in the Midlands. 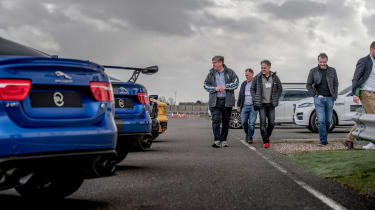 The subscribers were given a short briefing by Tom Johnson, Jaguar’s SV global VIP client relations manager, and Luke Smith, the senior designer in charge of transforming the standard XE’s style into a 200mph supersaloon. Johnson explained the thinking behind the project and the complexities of creating it. The SV Project 8 is far from just a more powerful XE; the engineering tweaks required to create it were thorough and complex.

For example, the entire front end of the car had to be redesigned to accommodate and cool the 592bhp V8 and the brakes needed to tame it. Smith told the group how the engineers gave the specifications to the styling team, who set out to create a car which is still obviously an XE and retains the essential essence of a modern Jaguar, but with an aggressive streak that marks it out as something truly special. With the briefing complete, the readers were let loose on the track in a pair of Project 8s – one a bewinged Track Pack, the other the more subtle Touring specification. 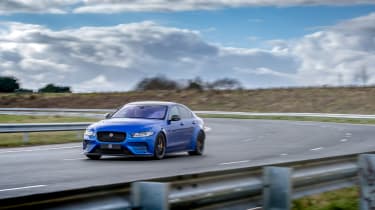 To keep them occupied between drives of these star attractions, there was also a freshly facelifted F-type R and an F-Pace SVR to sample. Both are powered by the same supercharged V8, albeit with ‘only’ 567bhp and 542bhp respectively. As you might expect from readers of evo, it turned out the subscribers own an impressive and eclectic portfolio of cars and had some educated opinions of the SV cars in attendance. What did they make of our special Jaguar line-up?

Chris Burbridge was one of several guests who were debating the difference in the feel of the two Project 8s available to drive. One was the ‘wingless’ Touring specification with rear seats and no bootlid spoiler, the other a Track Pack complete with roll cage, rear wing and an unrestricted 200mph top speed. ‘The Track Pack car feels like a really serious machine which has had massive upgrades to make it competitive on a circuit. Think of something such as an F90 M5 which has been given a tweak by a race team to make it faster around the Nürburgring. I think it’s the weight savings that make a real difference.’ 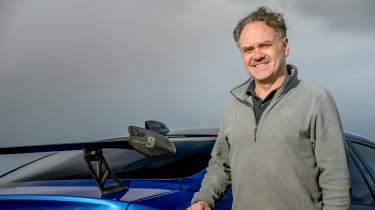 Nigel James really loved the fact that Jaguar has actually got the balls to make a car like this. As the owner of a Nissan GT-R and several Porsches, including a RUF, he knows what makes cars special. ‘Models such as this get under your skin and appeal to you as a car person. It’s great to see that some car makers will still do crazy things.’ It might be crazy, but that doesn’t mean it’s tricky to drive. ‘I hit 166mph on the back straight and it doesn’t move about or do anything you’d not expect. It feels really composed at high speeds and the brakes are amazing too – it will just stop in half the distance you’d expect.’ 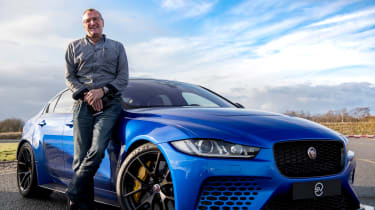 David Foster is a lover of V8s, owning a Porsche Panamera Sport Turismo and a Ford Mustang. ‘You just can’t beat them,’ he says, ‘and these are definitely proper V8s! I can’t believe how well the P8 gets its power down really and cars that make this sort of noise are probably going to be extinct soon.’ But the biggest surprise of the day for Foster was the F-Pace SVR. ‘It does everything you could want really and is even competent around the track. Yet it’s significantly cheaper than a Porsche Cayenne Turbo. That seems like a bit of a no-brainer really.’ 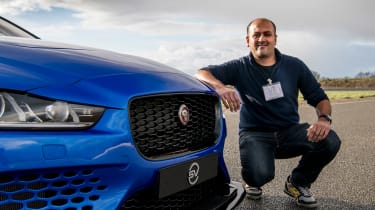 Neal Amin is used to fast cars, having owned a Ferrari F430 and an AMG C63. But he was still impressed by the pace of the Project 8. ‘It’s a car which makes 60mph feel like walking speed, even in the corners. I didn’t find it at all intimidating, despite the power. It’s so quick, planted and yet still manages to have compliant suspension and be pretty refined. It’s just so beautifully engineered, so it feels a bit more special than an AMG or BMW M-car.’ He was impressed with the gearbox too: ‘These sort of transmissions in supercars used to be terrible, but it’s amazing how fast things evolve. It’s so slick and works really well.’ 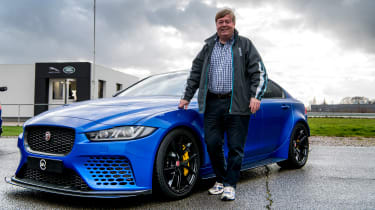 Andrew Simcox has a mouth-watering collection of cars. His everyday transport is an AMG S63, but the garage also houses an F40, Ford GT, 996 Turbo, E-Type and a Mitsubishi Evo X. ‘The Project 8 is far more impressive than I expected it to be,’ he says. ‘It’s the smoothness of the acceleration which really got me. In the AMG you put it in Sport mode and it becomes really harsh and jerky, with pops and bangs. But the Jag doesn’t make nearly as much fuss. And it’s still a practical car too; you could convince the wife that it’s just what you need for the family.’ 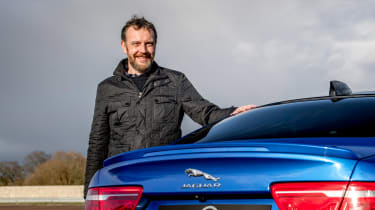 William Cruikshanks was impressed by the styling of the P8. ‘This is the first time I’ve seen the car in the metal,’ he says. ‘I love the way it looks. It’s like it has been hardened and made more muscular, without being OTT. All these extra aero parts are there for a reason and they make the car look more purposeful.’ But it was the way the P8 drives that really impressed. ‘It’s in another league to my M3,’ he explains. ‘It just pulls and pulls. The handling is not skittish either and the brakes are the part which marks this out as a supercar. They’re a real eye-opener.’