Koenigsegg Regera - Swedish hypercar is now sold out, but what makes it so hyper? 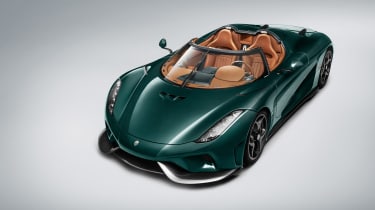 Koenigsegg has confirmed that its first hybrid supercar the Regera is officially sold out. With 80 units planned, this may not sound like a big achievement, but with a price tag of around £1.5 million, it does mean that the substantial technological steps taken by the Regera have not gone unnoticed by those with the means to put down a deposit.

We have yet to drive the Regera on the road or track, but the substantial strides the Swedish supercar maker has made in the development of the Regera make this car far more interesting than it’s evolutionary styling would suggest.

So here is our guide to why the Regera deserves your attention, and why it might just prove to be one of the most important hypercars in a very crowded decade. 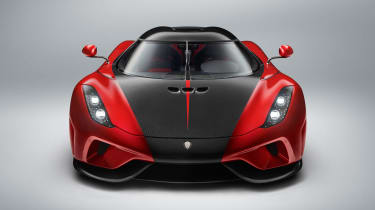 The notion of a Hybrid supercar may not sound like that much of a leap in our post-Holy Trinity world, but the Regera’s hybrid drivetrain is a little different to those seen in others like the Porsche 918 Spyder and McLaren P1.

At the centre of the Regera is a 5.0-litre supercharged and twin turbocharged V8 engine producing 1084bhp. This engine is very similar to that in other Koenigsegg models, but with the wick turned down ever so slightly. Not that you could call a V8 producing 1084bhp unstressed, but the lower 1.4 bar of boost pressure has been calibrated to offer improved response over other versions of the same engine.

The reasons for having lower boost pressure are the electric motors that surround the IC engine, offering a supplemental 690bhp on their own. The resulting peak power of the total drivetrain is 1479bhp, confusingly not the sum of the two power plants. The reason for this is that each of the power units produce their peak numbers at different points in the rev-range.

The really clever bit is how Koenigsegg have combined these components in a way no other manufacturer has tried before. Rather than supplementing a complete IC drivetrain like in a Porsche 918 Spyder, an electric motor takes the place of a traditional gearbox. The Koenigsegg Direct Drive (KDD) transmission transfers the combustion engine's power directly to the wheels without any form of mechanical gearbox and the associated transmission losses that usually come with it.

Split into three separate units on the rear axle, each of the electric motors produce maximum torque at 0 rpm. This means the point when the petrol engine is out of its powerband is made up for by the electric motors. Power is then distributed through the main electric engine attached to the crank and funnelled to each of the rear wheels where the two supplementary engines are mounted. 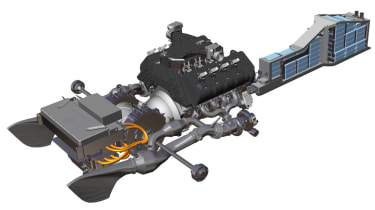 The batteries are mounted between the driver and passenger seat and for the production cars are the same sort of eye-wateringly expensive units found in F1. It has meant a weight drop of 40kg and improved expulsion and regeneration over the concept to compensate though.

That direct drive did pose an issue when it came to engine response at high speeds, so Koenigsegg then developed a clutch-slip mechanism that allows the engine to gain revs while in gear. The system is controlled via the right hand paddle behind the steering wheel, meanwhile a corresponding left hand paddle increases the regenerative braking effect much like on the upcoming Vauxhall Ampera-e.

It’s this outside-the-box thinking that has made Koenigsegg, and specifically the man behind the tech Christian von Koenigsegg, such an intriguing story to follow regarding the development of the hypercar of the future. 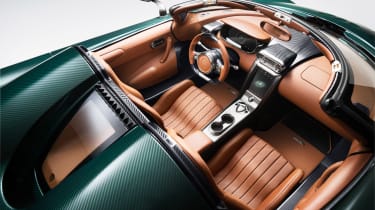 A side-effect of all this technology has meant the Regera has a full hydraulic system running up and down the car, prompting Koenigsegg to then connect the doors, bonnet and rear clamshell to it with only 5kg of additional weight. Aside from being a party piece at motorshows, it also points towards a slightly different philosophy that has underpinned the development of the Regeara.

Rather than being a hardcore track weapon, the Regera has a softer demeanour focusing on luxury appointments and improved refinement for the driver. To this end, Koenigsegg fitted active engine mounts to diffuse some of the NVH from the IC engine, while the interior and tech has been improved over more performance-focused models like the Agera RS.

This is also seen in the ability for the Regera to operate in EV mode – much like the P1 and 918 – although Koenigsegg has not given us an official electric-only range.

Aerodynamics have not taken a back seat to the mechanical advancement in all this though. The Regera has the first production car use of an active top-mounted rear wing. Much like on DTM and GT3 racing cars which also mount the wing from the top, the Regera uses this same tech, but still maintains the ability to drop the wing flush to the rear bodywork to reduce drag when necessary.

Active aero on the front splitter and the changeable ride-height also help the Regera produce 450kg of downforce at 155mph, not quite at McLaren P1 heights, but enough to keep most cars in this class honest. Finally, the exhaust system has been co-developed by Akrapovic, famous Slovenian firm responsible for an increasing amount of OEM exhaust systems found in high end cars and motorbikes. 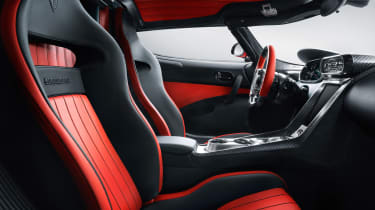 Where does this leave us?

The real question at the end of all of this is whether it actually works. We have all been so mightily impressed by the strides that von Koenigsegg has made with the technology in the Regera, it will take some time on the road and track to really fathom whether the theory actually works.

The performance figures are truly extraordinary, hitting 124mph in 6.6 seconds and 186mph in 10.9seconds, but could the humdrum 0-62mph time of 2.8 be an indication of an inherent limitation with the technology?

No matter the results, this will be a fascinating first step into the exploration of how internal combustion and electric power units could be combined in ways not previously considered by the mainstream. Hybrid hypercars have come and gone, and we are on the path to the technology trickling down to more attainable levels, but the Regera could well be a focal point of where future Porsches, Ferraris and McLarens could take their newfound experience with hybrid powertrains.