Production version of Urus concept to arrive in 2018 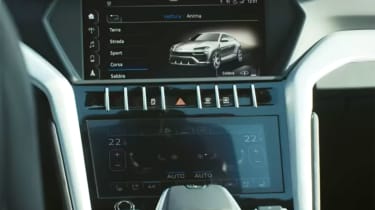 Lamborghini has confirmed that it will build a production version of its Urus SUV concept, with assembly planned to commence at its Sant’Agata Bolognese plant in 2018. The new SUV will join the Huracán and Aventador supercars to become the third model in Lamborghini’s line-up. The firm hopes that it will more than double annual sales.

The Urus concept (pictured) was first unveiled at the Beijing motor show in 2012. The concept featured a 600bhp twin-turbo V8 and sent power to all four wheels. Though Lamborghini won’t confirm details of the production SUV for some time, we wouldn’t be surprised to see a hybrid powertrain offered in the line-up. 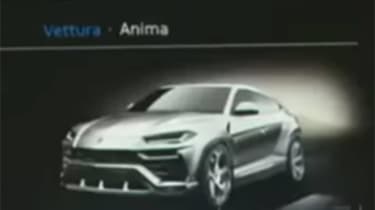 To cater for production, Lamborghini plans to expand its plant from 80,000 to 150,000 square meters, investing hundreds of millions of euros and creating 350 new jobs. Along with the increase in floor space will be an enlarged research and development department and a new production line.

Lamborghini president and CEO Stephan Winkelmann said: ‘This is a proud moment for everybody in Lamborghini. The introduction of a third model line endorses the stable and sustainable growth of the company and signifies for us the beginning of a new era.’ 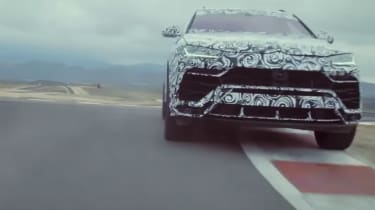 Winkelmann confirmed that the SUV would be produced in Italy rather than Slovakia, as had previously been suggested, to demonstrate the company’s commitment to safeguarding the values of ‘Made in Italy’.

Lamborghini’s parent company Audi will influence the SUV’s development, while VW Group stablemate Porsche has already demonstrated how introducing such a car can rapidly grow total production numbers. Lamborghini plans to sell 3000 SUVs per year, which would more than double its total output from 2014 (2530 cars worldwide). Target markets are the UK, USA, China, the Middle East, Germany and Russia.