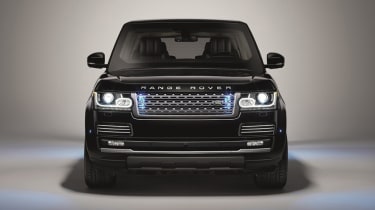 Land Rover’s Special Vehicle Operations unit has created a purpose-built armoured Range Rover that can survive multiple types of terrorist attacks. Though it looks like a regular Range Rover Autobiography, the Sentinel features armoured bodywork and several features to keep its passengers safe and the car mobile under extreme circumstances.

The car’s added core strength comes from a specially developed six-piece armoured passenger cell, constructed of super-high strength steel. Surrounding this is heavily armoured bodywork that can withstand lateral penetration by 7.62mm high-velocity incendiary bullets, 15kg of TNT and even DM51 grenade explosions from above and below – making the Range Rover’s skin bullet-, fire- and explosion-proof. 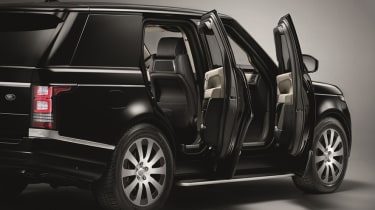 Unsurprisingly, the Sentinel’s glass – which features multiple layers of lamination – is also bulletproof and is heavily tinted from the B-pillars back for privacy. The driver’s window features a 100mm opening, designed to allow documents to be passed through without significantly compromising the safety of passengers.

To ensure the Sentinel remains mobile if under attack, SVO has added an anti-tamper exhaust, a self-sealing fuel tank, auxiliary back-up battery and split-charging system. Additionally, the 20-inch wheels are wrapped in run-flat tyres and the boot also features anti-smash protective glass to keep luggage protected from attack.

If the Sentinel is somehow immobilised and the doors are blocked for exit, passengers can escape through SVO’s Emergency Escape System behind the rear seats – which is hidden to the outside world when not in use. 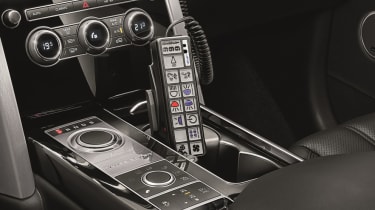 On top of this, SVO can fit optional under floor and under bonnet fire suppression systems, a siren system, emergency service lights and an external speaker system.

To contend with the car’s added mass, SVO has uprated car’s air-suspension, and the stability control systems have also been electronically adjusted to allow a payload of up to 650kg to be carried in the boot. SVO claims that despite its significant modification, the Sentinel is just as capable off road as the standard car. 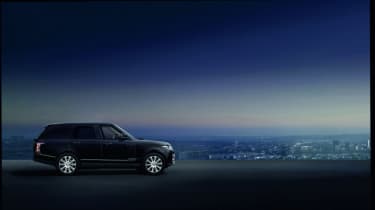 The finished product looks near identical to the standard car with only the smallest of detail changes, so it shouldn’t attract any more attention than an unarmoured Range Rover – perfect for high-risk celebrities and statesman looking to blend in with traffic. Independent defence expert Qinetiq has given the Sentinel VR8 certification, which is one of the highest standards of protection that can be awarded, and it’s even EU Homologated.

Of course, all of this protection comes at a price: 400,000 euros (before tax). This equates to about £292,000, which is close to three times the value of a regular Autobiography. But it does at least include a 50,000-mile/three-year warranty, though we’re not sure if that includes repair work after an attack…

If you’re a dictator in a war stricken country or a much-hated celebrity (if you're reading, Katie Hopkins...), the Sentinel is probably a very attractive proposition. It’s set to be unveiled to the public at the Defence and Security Equipment International Exhibition at London’s ExCeL from 15-18 September, and target markets include Europe, South America, Africa and the Middle East.