Maserati has revealed powertrain details for its upcoming MC20 supercar 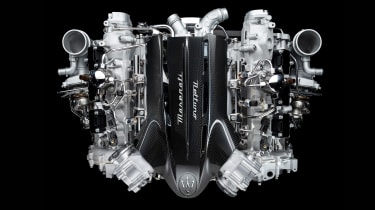 Following a set of new teaser images in May, Maserati has finally revealed all about what lies under the skin of its MC20 supercar. Set to be the marque's flagship machine, the new model will pave the way for a number of new cars, and will take Maserati back to the circuit. The full launch is scheduled for 9 September.

Performance details are still under wraps, but the marque has now confirmed that a 3-litre twin-turbocharged 90-degree V6 will lie at its heart. Developed entirely in-house and to be produced in Modena, the new ‘Nettuno’ unit will produce 613bhp at a lofty 7500rpm, 538lb ft of torque at only 3000rpm and rev to 8000.

A trick new prechamber combustion system utilises twin-spark plugs for greater efficiency and performance, technology said to be derived from Formula 1. Though the Nettuno will first see use in the MC20, a number of new models are likely to receive the engine over the coming years.

As for its design, we’ll have to wait until its 9 September launch for all to be revealed. Previous teaser images do reveal the use of intakes behind the windows, however, suggesting the use of a mid-mounted engine – central, 488 Pista-esque dual exhaust tips are also clear to see. With the MC20 described as a 'natural evolution of the highly successful MC12' of 2004, it’s safe to assume it’ll be quite a performance machine, in both road-going and track-only forms.

Earlier this year, a comprehensive investment plan detailed a slew of new models that will join Maserati’s line-up, including not just SUVs and EVs, but also the aforementioned super sports model. This renewed investment comes after parent company FCA’s merger with French conglomerate PSA late last year, with Maserati now forming the flagship brand across the merger. 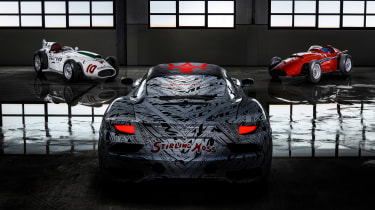 Maserati will commence production of the MC20, based on the Alfieri concept shown way back in 2014, in late 2020. This model will be built in Modena alongside an update to Maserati’s Viale Ciro Menotti central plant to facilitate the new model, including a new paint shop. 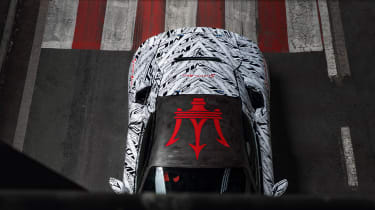 It would be remiss of us if we weren’t a little skeptical of Maserati’s grand plans for its next rebirth, but with a much larger and more confident conglomerate behind it in both FCA and PSA, plus a more defined role as a luxury flagship brand and a technical leader, it could finally be the jump-start Maserati has been crying out for. 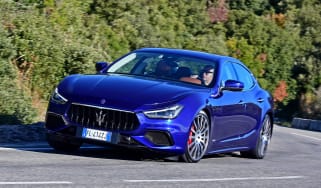