Turbo Mazda MX-5 on the way? 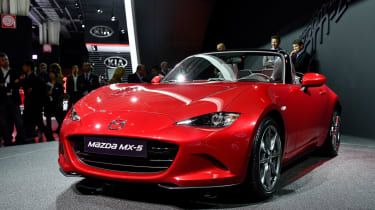 The Mk4 Mazda hasn’t even reached our shores, yet already there's talk of the back-to-basics sportscar receiving a more powerful engine. Currently, the new MX-5 will be available with naturally aspirated SkyActiv engines in 1.5- and 2-litre guise.

Power for the quicker 2-litre will peak at around 165bhp. If a smaller capacity turbo were offered, rumours suggest ouput could sit closer to 200bhp. Whispers that a larger 2.5-litre SkyActiv would also feature in the lineup have faded due to that unit’s heavier weight. 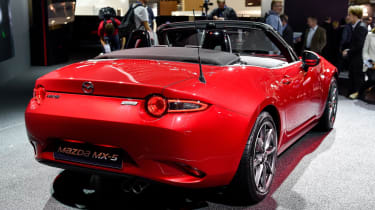 If a more potent turbo car were to be released, it’s likely Mazda would match this with tauter suspension and lightly tweaked exterior styling. Mazda’s recent 25th Anniversary MX-5 provides example of this kind of work.

BBR is already developing a turbocharged version of the soon-to-arrive MX-5, with power output projected to be as much as 250bhp. You can read about that car here.