Mazda will now restore your Mk1 MX-5 - in Japan 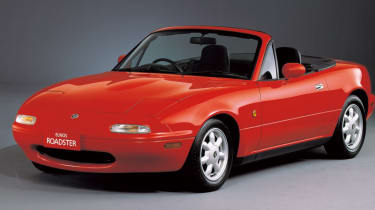 Mazda has announced an official restoration program for first-generation MX-5 roadsters, allowing owners to bring in their tired original cars and have them fully refreshed by Mazda itself.

With the earliest cars now as much as 28 years old, the first-generation or “NA” MX-5 - originally badged Eunos Roadster in the Japanese domestic market - has very much achieved classic status.

Mazda’s decision to carry out restorations in-house matches that of several other carmakers around the world, including Jaguar, Aston Martin and Mercedes-Benz - though it’s among the first to do so on a relatively humble vehicle.

As part of the service, Mazda and its suppliers have also committed to reproducing and re-supplying several previously-discontinued parts for the cars, including but not limited to the vinyl soft tops, Nardi steering wheels and gearknobs, and the original Bridgestone SF325 tyres in 185/60 R14 size. 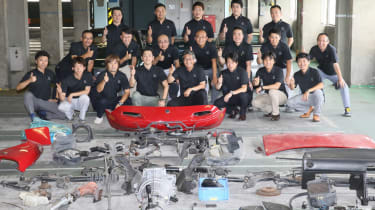 The company has already carried out a trial restoration as an example of the kind of work it will be able to carry out, and owners will be able to submit their cars for the service towards the end of this year, with the first work being carried out in 2018. Work will be certified by the Japanese arm of TÜV Rheinland, Germany’s stringent licensing and certification organisation.

Sadly, the service is as-yet only available in Japan, where Mazda says around 23,000 original MX-5s are still roaming, from around 120,000 originally sold (and more than a million MX-5s built in total across its four generations since 1989). The reproduction parts may make restoring cars elsewhere in the world a little easier however, giving owners an official choice alongside the wide range of third-party components already available.

While the cost is likely to exceed the value of most of the cars undergoing a restoration, it’s reassuring to see more manufacturers taking an active step to keep their historic vehicles on the road.