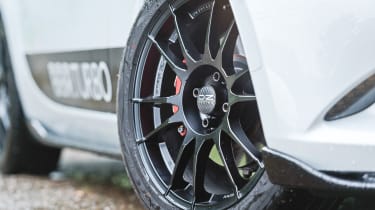 Two-hundred and fifty horsepower isn’t a lot in the modern autosphere, but it feels like plenty when directed through the rear tyres of a car as simple and slender as a Mazda MX-5. Particularly as Northamptonshire seems to be auditioning for the first leg of the Volvo Ocean Race and farm vehicles have left a thin sheen of various brown substances on the county’s B-roads.

The MX-5 in question is Brackley- based BBR GTi’s first turbocharged take on the fourth-generation model, following naturally aspirated packages for the 1.5- and 2-litre cars. The conversion is based on the larger-engined MX-5 and centres around a twin-scroll hybrid turbo, a bespoke exhaust manifold and a stainless-steel downpipe. Gases are cooled by a front-mounted aluminium intercooler, while other modifications include stainless-steel oil and water lines, custom silicone turbo pipes, a K&N high-flow induction kit and StarChip EcuTek software.

As we’ve come to expect from BBR, everything looks like it was assembled in the factory at Hiroshima, with only a custom carbonfibre turbocharger heat shield hinting that something might be out of the ordinary under the bonnet. Externally BBR’s demonstrator also wears a Mazda body-styling kit, BBR-branded stripes and OZ Ultraleggera alloy wheels with Yokohama tyres, which collectively exude a level of menace not present in a showroom-fresh MX-5.

You’ll pay more for touches like these, but everything required to lift the MX-5 to the advertised output will set you back £5274 if you intend to fit it yourself, or £5994 if you want BBR to do it for you.

Cleverly, the car doesn’t feel transformed when you first thumb the starter button and fire up the boosted Skyactiv four-pot. Only the bassy note of this car’s BBR Supersport exhaust gives the game away, but the idle settles down to normal levels and prodding the standard clutch feels no different from doing so in any other MX-5. 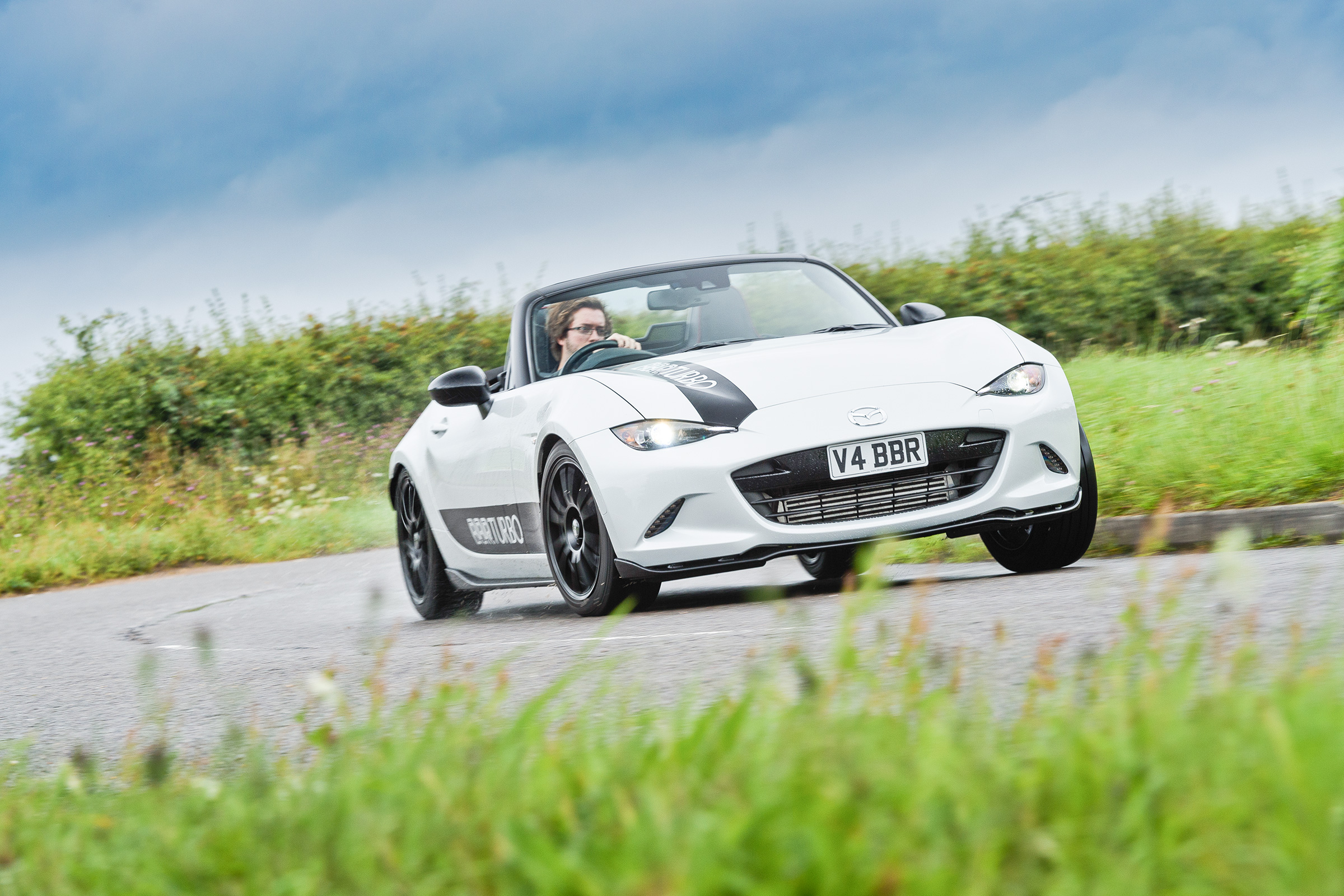 If you’re not familiar with the regular car, you probably won’t notice the first subtle difference, either. With intake and exhaust gases now taking a slightly longer, more convoluted path, throttle response isn’t quite as sharp as usual, so exploratory blips of the pedal take a little longer to elicit movements on the rev-counter.

Until you pass 3000rpm, that is. That’s the point at which BBR’s car diverges from the regular MX-5, gathering pace with increasing intensity and commotion towards the red line. The engine now offers its best between 3000 and 6000rpm, with the same linearity and driveability of the standard car garnished with an audible whoosh and considerably greater forward momentum.

Combined with a firmer suspension setup, that newfound output requires circumspection on wet, greasy roads. Mazda’s standard traction control just about copes in a straight line, but around corners you’ll spend plenty of time correcting amusing but rapid spikes of oversteer even before the stability control intervenes. You can turn it off, of course, but you’d best bring your car- control A-game if you do so.

That’s not to besmirch BBR’s conversion, because it’s very well judged indeed. It’s a perfect option for a used Mk4 MX-5, though even added to a brand new one (priced from £21,595, meaning a total of £27,589) it looks pretty reasonable given you’ll have enough power to close the performance gap to almost any modern hot hatch, but in a smaller, lighter, more attractive, more involving and more entertainingly rear-driven package.