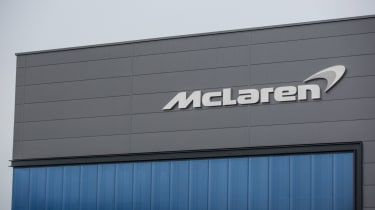 McLaren has officially inaugurated its new composites factory, due to be completed in April 2018. Christened MCTC (McLaren Composites Technology Centre), the facility in Yorkshire will make every carbon fibre monocoque structure used by McLaren Automotive once fully operational.

The empty factory was christened in some style with a McLaren Senna performing donuts alongside a static McLaren-Honda MP4/5, the latter a chassis driven to Belgian and Monaco Grand Prix victories by the late Brazilian driver during the 1989 season.

> Click here for all the details of the new McLaren Senna

MCTC is a £50 million pound investment by McLaren to bring carbon fibre manufacture in-house. In doing so it hopes to gain greater control over the production process, enabling design changes to be incorporated easier and more quickly, and with greater learning opportunities along the way. Currently, the carbon monocage tubs for all McLarens are made by a European supplier, but bringing carbon fibre within the business takes the British-derived componentry of a McLaren from 50% to 58%. 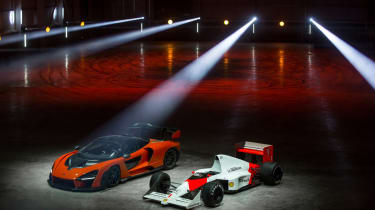 The new factory is situated on the Advanced Manufacturing Park between Sheffield and Rotherham. Once the site of the Orgreave colliery, and now subject to an ongoing regeneration plan, around 200 new jobs will be created bringing £100 million gross value to the region over the next 10 years. McLaren is currently based at the nearby Advanced Manufacturing Research Centre of the University of Sheffield, where the first prototype tubs are under construction. Prototype work will continue there until MCTC is up to speed. In time, finished tubs will be transported down to McLaren’s Woking headquarters where construction of the cars will continue to take place.

McLaren claim the facility is more than just a factory for carbon fibre production, but also a technical centre: the body for the forthcoming BP23 three-seat hypercar is apparently being worked on by McLaren’s emergent MCTC team.