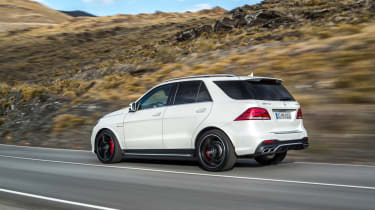 Mercedes has lifted the lid on its new AMG GLE 63 S super-SUV. Sitting at the top of the new GLE range, it's powered by Mercedes’ 5.5-litre twin-turbo V8, which pushes as much as 560lb ft of torque to all four wheels from just 1750rpm.

The new AMG will manage 0-62mph in just 4.2sec, and continue on to an electronically limited top speed of 155mph. This grows to 174mph if the AMG Driver’s package is optioned. 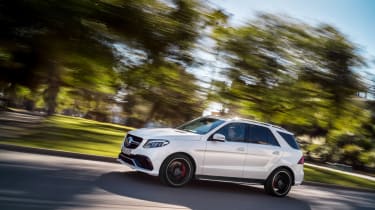 All of the aforementioned engines send drive through nine-speed automatic gearboxes to 4MATIC permanent all-wheel drive that splits torque 50:50 front to rear. 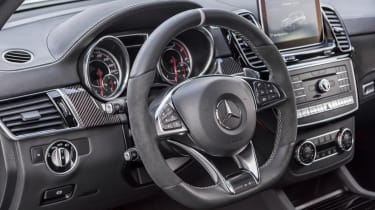 Perhaps the most interesting model to join the range is the GLE 500 e, because it’s Mercedes’ first plug-in hybrid SUV. Featuring a 3-litre twin-turbo V6 and electric motor, the hybrid produces a total output of 436bhp whilst also offering as much as 85.6mpg on the combined European cycle. CO2 output is rated at just 78g/km.

The hybrid is capable of covering up to 18.5 miles in full-electric E-mode alone. The car defaults to a hybrid mode, but drivers can also switch to an E-save mode to preserve battery power, and Charge mode, which charges the battery when the car is moving or stationary. 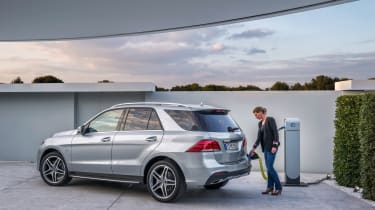 The GLE range benefits from a Dynamic Select handling control system. It offers up to six drive programmes – Individual, Comfort, Slippery and Sport, Offroad, and an additional Offroad+ if buyers opt for the Off-Road Engineering package.

The system adjusts the Airmatic suspension, and can raise ride height to as much as 285mm and wading depths to 600mm. It also alters how the ABS, ESP and traction control works, to maximise performance for varying conditions. 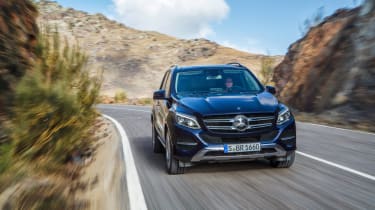 Drivers can adjust the settings via the central media display housed on the dashboard. This screen also displays the GLE’s slope angle, tilt angle, steering angle or heading in real-time.

Other key features in the new GLE include the Airmatic ADS variable damping. This technology is further enhanced by the use of Mercedes’ Active Curve System, which uses the car’s anti-roll bars to compensate body roll through corners. 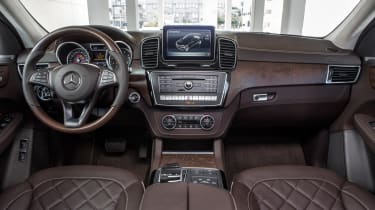 The new GLE has received updates both inside and out. Key features include the 7-inch display, a 360-degree reverse camera and traffic safety systems like Pre-Safe pedestrian protection braking and Cross Traffic Assist.

Overall, the range is some 17 per cent more efficient than the outgoing one. Sales are expected to pass 1.6 million when the new model arrives, with the GLE range having previously been named the M-Class.

Prices remain unconfirmed, but given the outgoing model’s values we expect them to start close to the £50,000 mark. AMG models should start from around £85,000. For reference, the AMG's key rival, the Porsche Cayenne Turbo, starts at £92,628.