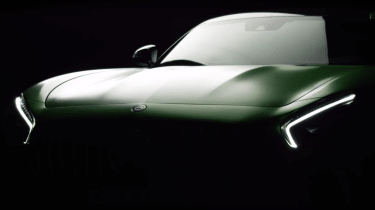 Michelin has listed the AMG GT R as making an appearance at its Supercar Paddock at the Goodwood Festival of Speed in June. The GT R's existence was confirmed to evo back at the Geneva Motor Show in March this year.

Tobias Moers, boss of Mercedes’ AMG performance division, actually mentioned that the hardcore version of the car would be appearing at Goodwood. Michelin's listing all but confirms this.

A new teaser video for the AMG GT R has been posted by Mercedes. Despite featuring the car in a dimly lit studio, it's pretty easy to see its bigger rear wing, updated front end and revised interior. 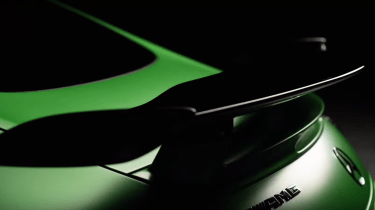 The AMG GT R will use an uprated version of the 4-litre, twin turbo V8 that powers the existing GT and GT S models.

The GT R will get more power than the 503bhp GT S, but ‘less than 600bhp’, said Moers. It will also use a wider body and wider front and rear tracks to improve dynamic ability. Current rumours point to around 570bhp for the car. 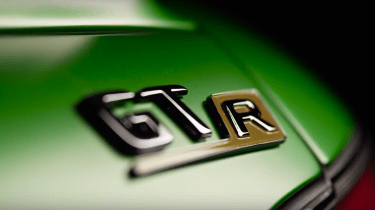 As well as a more aggressive chassis tune and track-focussed tyres, the GT R will utilise a raft of new technologies such as active aerodynamics and rear-wheel steering – the latter a first for AMG. It won’t be stripped out in the manner of a Porsche 911 GT3 RS, however.

‘It’s a different character [to a GT3 RS],’ said Moers. ‘It’s our character, our interpretation of a super performing GT.’ 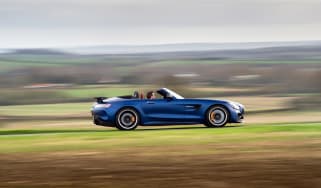