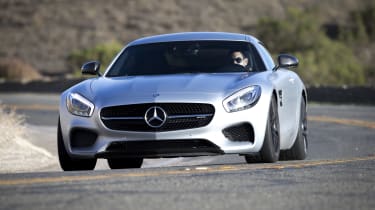 The AMG GT enters into an extremely tough sector of the market in terms of competition, but more than holds its own against its rivals. AMG has produced a special car which is more than capable of challenging for the title of best in class.

On the road, the twin-turbo 'hot V' V8 produces fearsome pace, while the AMG GT remains equally as impressive on track. From the outside, it's difficult to argue that it isn't a hugely good looking car, particularly when specified in (£10,695!) 'solarbeam yellow' paint. Equally so, AMG has managed to work wonders with the car's exhaust, meaning you still get plenty of the gutteral V8 sound that the brand is known for despite the move to turbocharging. 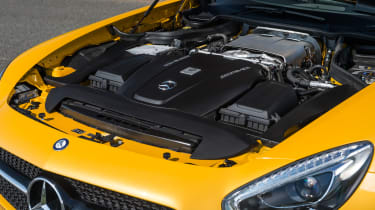 Handling is sharp, while the AMG GT's gearbox delivers a response that is more than a match for the car's pace. In short, it's the complete package, impressing in almost every respect.

It is a much better resolved car than the SLS that went before it (even though Mercedes claims this isn’t a direct replacement, it’s hard not to draw comparisons). The long bonnet remains but now there is a sense that the whole car reacts as one rather than slightly disjointedly front to rear. When you’re pressing on, the GT also shrinks around you in a way that the SLS never quite did. Add in a capacious rear boot accessed via a hatch and doors that open conventionally (we did love the Gullwings, but they could be a pain) and you have a car that you could much more easily use day to day. 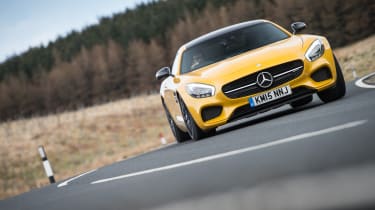 Performance and 0-60 time> In both GT and GT S-spec, the new car is fast. In the more potent S 62mph comes in just 3.7sec, which is faster even than Porsche's new turbocharged 911 Carrera S. Read more about the AMG GT's performance here.

Ride and handling> Great body control, composure and traction make the AMG GT a serious contender in a class usually headed by the Porsche 911. Read more about the AMG GT's ride and handling here.

Prices, specs and rivals> The Porsche 911 is an obvious rival, but the Audi R8 is also a serious threat. Each offer their own merits, and the AMG GT will stand out to some as the winner. Read more about the AMG GT's prices and rivals here.

Video review> We have a full in depth-vide of the AMG GT as well as a comparison of it up against a Porsche 911 Turbo. You can watch both of them here 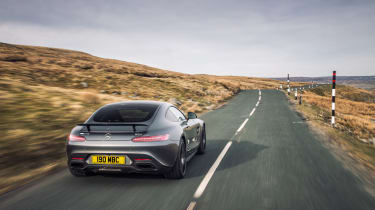 Specifications for the AMG GT and GT S vary slightly. The GT comes with a mechanical limited-slip differential as standard, while the GT S features an electronically controlled LSD.

It's important to remember that even the entry-level Porsche 911 is now turbocharged, which does change things with the competition somewhat. While it's early days yet, it's probably worth giving our review of the new car a read. You can see that below.

> Read our review of the Porsche 911 Carrera

The GT S also benefits from 'AMG ride control' suspension, which is essentially three-stage electronic damping. Those who want to take the GT S further can option dynamic engine and transmission mounts. Brakes are 360mm up front on the GT, but increase to 390mm on the GT S. Optional 402 mm carbon-ceramic brakes are also available.

While they aren't particularly cheap at £5995, the optional Carbon Ceramic brakes (402mm in diameter at the front) are well worth speccing if you plan to spend any time at the track. So too is the £1795 Dynamic Plus Package, which firms up the suspension, adds dynamic engine and transmission mounts and also a race mode which spreads maximum power from 6000rpm to 6500rpm.

If you plan on spending much time on circuit then both the £5995 Carbon Ceramic brakes (402mm in diameter at the front) and the £1795 Dynamic Plus Package would be worth adding to the spec. The latter firms up the suspension, adds dynamic engine and transmission mounts, while also adding a Race mode, which spreads the maximum power from 6000rpm to 6500rpm. Striking though the Solarbeam yellow paint is, we’d probably go without given that the £10,695 price is even more eye-watering than the shade.

It's also worth considering the existence of the AMG GT R. For those who want something altogether more hardcore from there AMG GT, this is it. With 577bhp, rear-wheel steering and magnesium and carbon fibre body panels, it's a true rival to the Porsche 911 GT3.

The AMG GT R comes with Cup 2 tyres as standard, 275/35 ZR 19 at the front and 325/30 ZR 20 at the rear. It also features a titanium exhaust, carbon and magnesium panels and a range of other interior and exterior tweaks. The 549bhp GT C Roadster blurs the line between GT and sports car, sitting between the GT S and GT R. It features various components from the GT-R including same rear axle, allowing for rear-wheel steering. 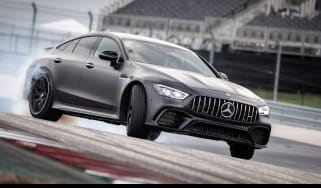 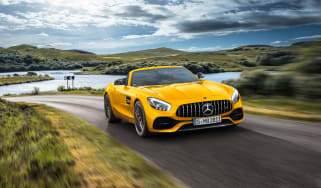 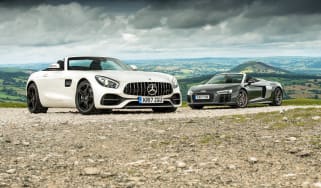 Mercedes-AMG’s new GT Roadster hits a sweet-spot on the spec sheet, but can it see off the howling Audi R8 Spyder V10?
Visit/mercedes/amg-gt/19961/mercedes-amg-gt-c-coupe-review-as-capable-as-a-gt-as-it-is-a-supercar 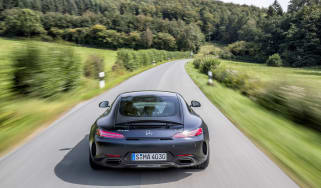 With the GT R's wider track and rear-wheel steering, the AMG GT feels like a real contender
Advertisement
Visit/mercedes/amg-gt/18921/mercedes-celebrates-50-years-of-amg-with-gt-c-and-c-class-special-editions 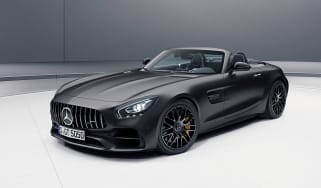 The new GT C Roadster gets the Edition 50 treatment, while the C63 Cabriolet and C43 have their own new looks too
Visit/mercedes/amg-gt/18663/mercedes-amg-gt-c-edition-50-heads-up-amgs-50th-anniversary 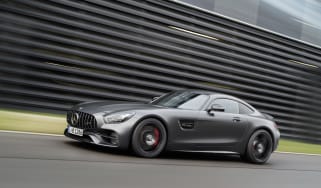 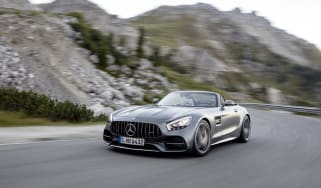 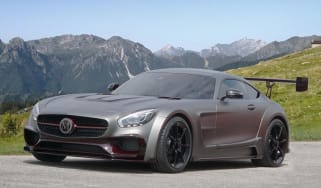 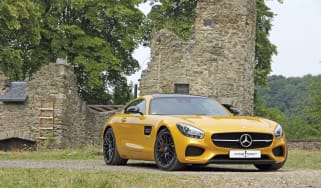 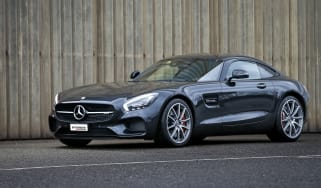 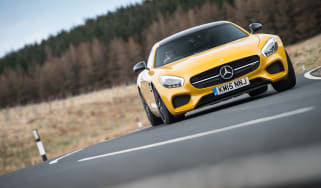 Watch - Is this the Mercedes-AMG GT Black Series? 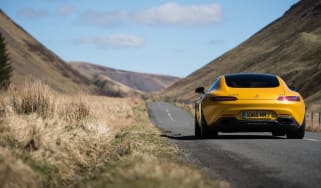 Turbocharging heralded the end of the traditional AMG exhaust bellow. Yet that wasn’t at all the case…
Visit/mercedes/amg-gt/15384/mercedes-amg-gt3-official-new-geneva-video 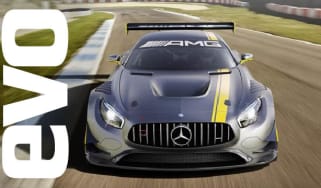 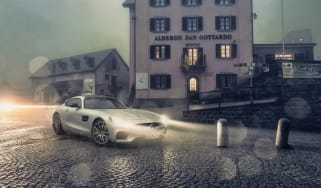 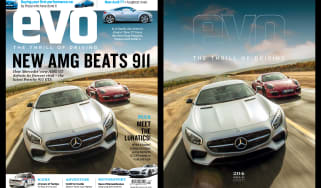 If you've not yet bought evo issue 204, here's what you're missing
Visit/mercedes/amg-gt/14778/evo-magazine-january-2015-mercedes-amg-gt-vs-porsche-911 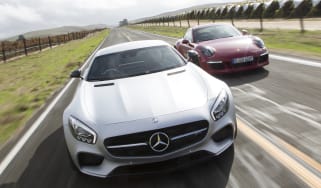 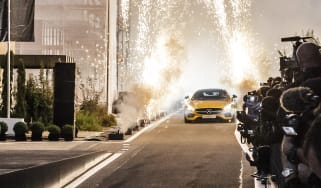 10 things you should know about the Mercedes AMG GT

After visiting AMG's Affalterbach headquarters we're convinced the AMG GT can take the fight to Porsche. Here's 10 reasons why
Visit/mercedes/amg-gt/14613/mercedes-amg-gt-gallery-of-mercedes-sports-cars 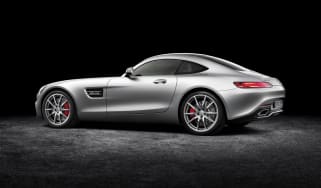 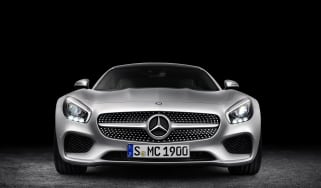 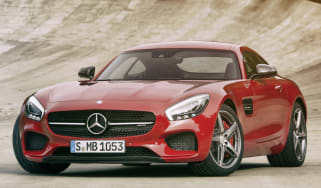 What do you think of the new Mercedes AMG GT, hot or not? We've assembled our favourite pictures to help you make your decision
Advertisement
Visit/mercedes/amg-gt/14507/mercedes-confirms-amg-gt-black-series 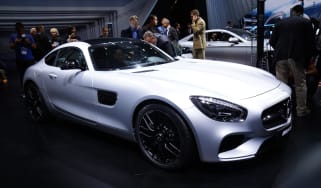