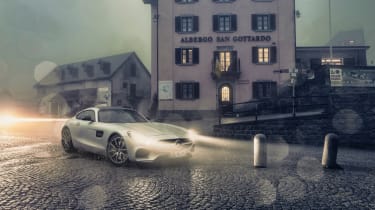 The Mercedes-AMG GT arrived in November 2014 to smash its way into the circa-£100k sportscar sector. Porsche's 911, Audi's R8 and even BMW's tech-fest i8: all majorly strong contenders brimming with talent. Surely Mercedes' first real go at this sector for decades couldn't match them all? 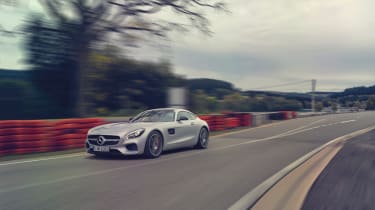 If you read evo 204 (January 205), you'd have found out that Merc's new baby charger was in fact completely capable of taking it to these already established cars. So much so that Jethro Bovingdon proclaimed that in faster GT S form, the Mercedes was actually his choice over the Porsche 911 GTS. 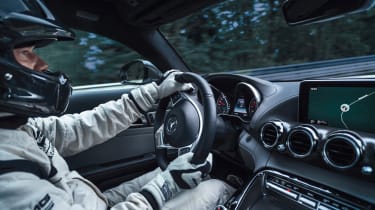 Not only did the car impress on road, but several months on from its reveal, we've had time to begin to appreciate its curvaceous exterior. Yes, it's rear lines almost mimic that of its main 911 rival, but mixing that long, classic Mercedes bonnet with a taught roof and deeply filled arches, the AMG GT certainly has road presence. 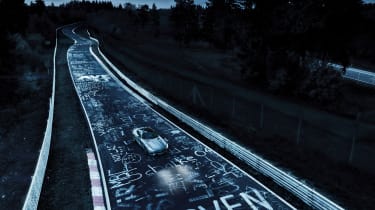 >Read - AMG could be planning a 918 Spyder competitor

Thankfully, just as we've become accustomed to its pretty lines, Mercedes has released this new gallery of pictures. Photographed during a trip covering the iconic circuits of the Nürburgring and Spa-Francorchamps, the Mercedes-AMG GT looks mighty. The car is due to arrive in the UK in April 2015.