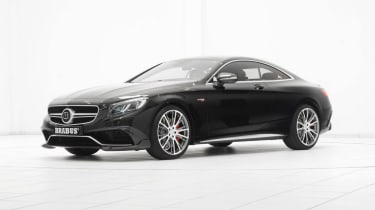 We first met Brabus’ 850 Bi-turbo at Geneva, when it drew attention with its big numbers and garish details. But now, in these new pictures, the 850 has been revealed in more typical Brabus form.

Though the copper wheels and trim are gone, the big numbers remain. Let’s recap: 838bhp and 1069lb ft of torque is produced by the car’s twin-turbo 6-litre V8. Admittedly torque is limited to 848lb ft, but that still enables a 0-62 time of 3.5sec.

To hit 124mph you’ll need just 9.4sec, and top speed is limited to 217mph. Apparently, this number would be bigger if tyres more suited to top speed runs were fitted… 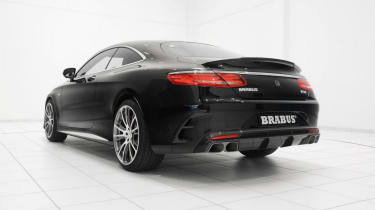 This hyper-performance comes thanks to the fitment of a new crankshaft with a longer stroke, bored-out cylinders (increasing cubic-capacity from 5461cc to 5912cc) and new, larger pistons.

Power is sent through a paddle operated seven-speed gearbox to all four wheels. A rear-driven variant of the 850 is also available. 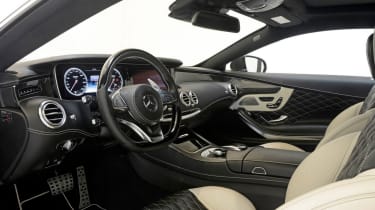 The same can be said for the interior, which does away with brass trim, receiving a polished metal and black/cream leather colour combo.

There’s still no word of pricing or production dates, but the arrival of this latest car suggests neither details are far off.