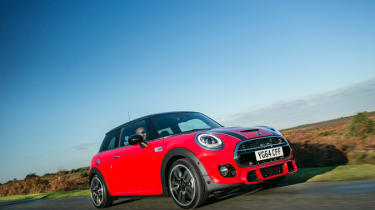 The latest third-gen Mini hatch hasn’t been with us long, but that hasn’t stopped the carmaker adding a new trim level to the range. Called Sport Pack, the new trim adds hot hatch-esque details to all current hatch models.

This includes base three- and five-door models, right up to top of the range Cooper S cars. Unsurprisingly, the base models gain most in the way of trim, but even the already sporty Cooper S gains new John Cooper Works additions. 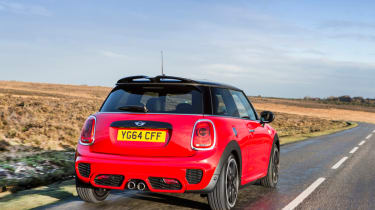 Key additions included in the pack include the fitment of 17-inch Track Spoke alloy wheels, a John Cooper Works steering wheel, JCW roof spoiler and JCW aero-kit – which adds bulkier extensions to the bumpers – bonnet stripes and sports suspension (not available on the One and One D). 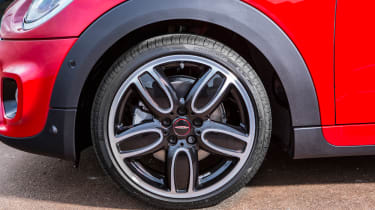 Though that might seem expensive, Mini has predicted that cars fitted with the pack will gain as much as 25 per cent in residual value. For reference, a Sport Pack’d Mini Cooper will start at £19,600. 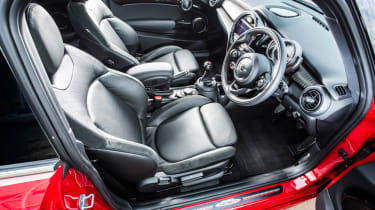 There’s no word as to whether the hottest Mini John Cooper Works – set to arrive in April 2015 from £22,865 – will gain any Sport Pack additions, but given it features almost all of the pack’s options, it seems unlikely.