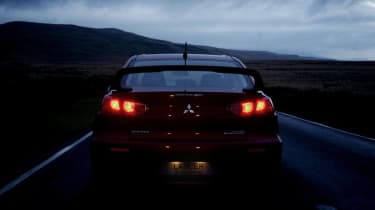 Mitsubishi’s Ralliart motorsport arm is no more.  It’s headline news due to Ralliart’s involvement in a plethora of Mitsubishi performance cars. Lancer Evolutions have worn the Ralliart name, while it’s also the tag attached to current Colt and Lancer hot hatchbacks. However, the closure of Ralliart in this instance is simply the sunset for Mitsubishi’s motorsport involvement. The days of WRC glory are a thing of the past while the firm ceased competition in the Dakar rally last year, too. The lack of racing activity has drawn a sensible line under the company’s Ralliart arm. Development of performance metal, such as the current Mitsubishi Evo X, has been in-house with Mitsubishi for a while, so we’ve been promised no noticeable change as a result of Ralliart’s announcement. Bring on the XI, then… Click for our thoughts on our Mitsubishi Evo X 360 long termer Watch a video of the Evo X 400 tackling the Bedford Autodrome