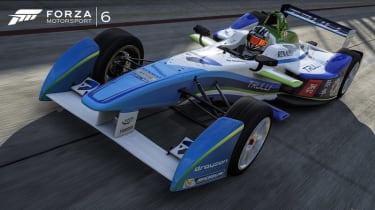 Microsoft has confirmed that all 10 of the cars from Formula E’s inaugural season will be featured in the 450-car garage of Forza Motorsport 6 when it’s released this September. 2014/2015 champion Nelson Piquet Jr heads the line-up of Spark-Renault SRT_01E racers, which are capable of producing as much as 270bhp and 103lb ft of torque in qualifying spec and can reach a top speed of 140mph.

For longevity, the cars produce 202.5bhp in race spec, which, combined with the instant responses from their McLaren-sourced MGU motors, means they can accelerate from 0 to 62mph in under 3sec. Mix this electric torque with Forza’s promise for more realistic surface conditions, and these Formula E cars should represent a new and unique challenge for gamers. 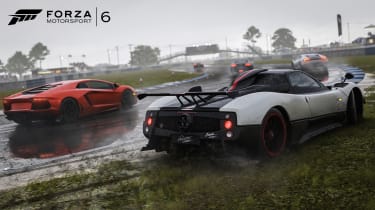 ‘Formula E is a new FIA championship and the world's first fully electric racing series,’ said Microsoft on the Forza website. ‘It represents a vision for the future of the motor industry, serving as a framework for research and development around the electric vehicle, accelerating general interest in these cars and promoting sustainability.’

News of the championship’s inclusion emphasises its growth in popularity of late, and it arrives just days after Nelson Piquet Jr narrowly secured the championship at the season’s closing race in London. The Brazilian beat main rivals Sébastien Buemi and Lucas di Grassi by just one and 10 points respectively, confirming how close the racing is.

Joining the grid of Formula E cars as new arrivals in Forza Motorsport 6 are the likes of the 2002 Ferrari Enzo, 2012 Mercedes-Benz SLK55 AMG, 2005 TVR Sagaris, 1988 Lamborghini Jalpa and 2009 Mini John Cooper Works. The game, which features the new Ford GT as its cover car, is set for European release on 18 September for the Xbox One.

Richard Branson reckons Formula E could overtake Formula 1 by 2020 – read about his comments in more detail here. And you can read our exclusive interview with Forza's creator, Dan Greenawalt, here.