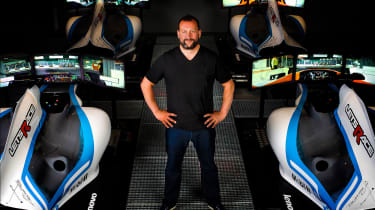 If you still think gaming is a pursuit for kids then you’re in a minority these days. It’s currently a $1.8 trillion industry, players of every age are making millions with gaming channels on Youtube, and eSports – competition entirely within the gaming world – are watched by more people worldwide than the Baseball World Series or the NBA Finals.

And of course, gaming – in the form of the GT Academy – has given us professional racing drivers like Lucas Ordonez and Jann Mardenborough. The man behind the GT Academy, Darren Cox, is now starting his own professional virtual race team: eSPORTS+CARS.

The draw is obvious: eSports are a massive industry and competition is as professional and fierce as in any real-world sport.

Racing games will become an increasingly large part of that industry over the next few years, spurred on by the success of programs like GT Academy, and with millions of potential drivers worldwide there’s a vast pool of talent from which to draw.

For Cox, it’s also a way of drawing fans into the real sports. He says that their own interviews of gamers have revealed that 72 per cent had developed an interest in motorsport through playing racing games. 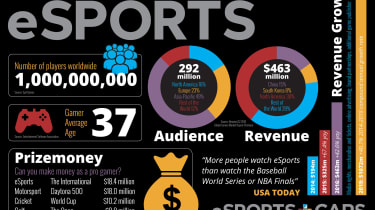 eSPORTS+CARS already has several gamers signed up, competing in major tournaments across multiple platforms – playing anything from Forza Motorsport 6 to detailed simulators like rFactor and Project Cars.

GT Sport – the latest game in the Gran Turismo franchise – will also play a big part in competitive gaming over the next few years, as the first racing game to host an official, FIA-sanctioned series. Players in GT Sport will gain the ability to compete through an etiquette system (to ensure the series isn’t spoiled by thousands of Maldonados), while players will be split based on age and region, keeping competition close.

‘We have seen the professionalism of gamers first hand in the real world and as an entrepreneur I have watched the growth of eSport with great interest,’ explains team owner, Tim Greaves.

‘I am excited to explore the opportunities in gaming for our current and future partners.’