Latest Forza title should top just about every other game for variety; goes on sale September 27 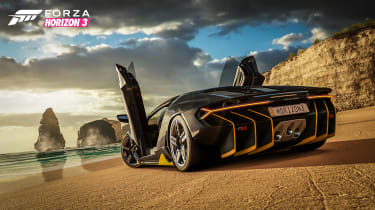 Forza Horizon 3, the latest installment in developer Turn 10’s series of open-world racing games, is due to launch on September 27.

In the run up to the game’s launch Turn 10 is announcing the game’s 350-car list in waves – and it’s turning out to be one of the most eclectic selections of vehicles included in any racing game.

But that list keeps growing, and the latest selection has now been announced. Notable inclusions this time are Ford’s latest F-150 Raptor in full race guise, the Renault Clio Williams, Vauxhall Lotus Carlton, and the vicious Lancia Delta S4.

One of the joys of the existing Horizon game, Forza Horizon 2, is not just the speed at which you can cover ground going across country, but the things you’re likely to find along the way. 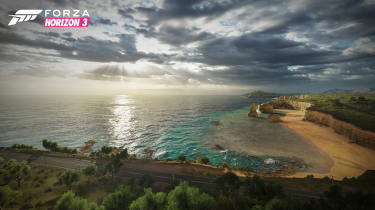 That should continue in Horizon 3, with a map twice the size of that in Horizon 2 – now based in Australia, rather than the south coast of France – with new Barn Finds hidden across the game world, and the ability to find and create ‘Bucket List’ challenges for yourself and other players.

Creation will be a major part of the latest Horizon title in fact, since you are now in charge of the in-game Horizon Festival – the fictitious automotive event that sets you races and challenges throughout the course of the game.

That adds a new dimension to the game, where creating the world’s most popular festival, as well as simply winning races, is your goal.

A Horizon Blueprint function lets you create races (and play those set by friends and players around the world), and you can even hire drivers in the form of your friends’ ‘Drivatar’ in-game profiles. Car liveries, tuning setups and more can also be shared and traded with other players.

Gran Turismo Sport might have the FIA association cool factor and Assetto Corsa the realism, but we suspect it'll be hard to top the fun factor of Horizon 3 when it goes on sale next month.