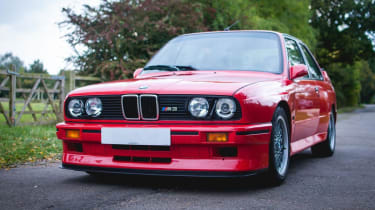 Two icons of Group A homologation history will cross the block at the NEC in Birmingham later this month, as part of the Silverstone Auctions Classic Motor Show Sale.

Undoubtedly two of the auction’s highlights, the 1990 BMW E30 M3 Sport Evolution and Mercedes-Benz 190E 2.5-16 Evolution II - both legends of the Deutche Tourenwagen Meisterschaft - will be up for sale during the show, which opens on November 12.

Both cars are presented in immaculate condition and have comprehensive history files. The 190E has covered the least distance in its 26-year life, with only 25,500 miles showing on the odometer, while the M3’s previous BMW Car Club owners have cumulatively covered 65,002 miles over the last quarter-century.

Another highlight of the Classic Motor Show Sale also carries Evolution badging: A 1993 Lancia Delta Integrale Evo II. Originally sold in Japan but fully registered and taxed for UK use, the cherry red example is expected to reach £28,000-£32,000. 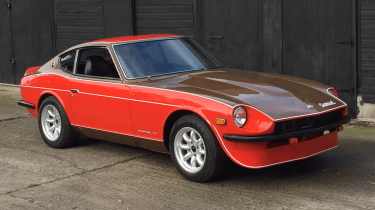 Further highlights for us include a 1979 Ford Escort RS2000, with slant-nose styling, records of a full bodywork restoration and respray in 2007 and a selection of sympathetic engine modifications, with a £20k-£30k estimate. Two other 1970s classics also catch our eye - a largely standard 1976 Alfa Romeo GT Junior with a 2-litre engine in place of the original 1.6 (estimate: £14k-£18k), and a stunning (and genuine) 1973 Datsun 240Z ‘Super Samurai’, one of the 75 originally built and recently fully restored. It could sell for as much as £55,000.

Two Ferraris also stand out. The first is one of the firm’s least loved cars, but one whose simple styling is becoming increasingly attractive - a 1991 Mondial 3.4T. At between £24k-£28k it’s a steal by Ferrari standards.

Setting you back slightly more is yet another “Evolution” model selling at the NEC: a 1987 Ferrari Testarossa Koenig Competition Evolution II. Updated in 1996 by Koenig at the behest of its Dutch owner, it wears 512M-inspired styling front and rear and the obligatory wide-bodied Koenig styling, while its engine develops more than 800bhp. It’s estimated to attain somewhere between £95k-£115k.

The Silverstone Auctions Classic Motor Show Sale takes place at the NEC in Birmingham on November 12. You can find a full lot list here.