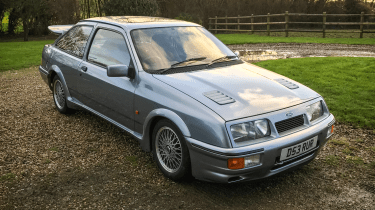 The Race Retro show at Stoneleigh Park in Warwickshire kicks off the historic car show season in spectacular fashion each year. This year’s event will be held on 24-26 February and its live-action rally stage will once again see ’60s and ’70s rally cars perform alongside wild Group B monsters.

But not everyone wants to stand outside in bitterly cold February weather dressed in a puffa jacket and bobble hat to hear the wail of a BDA at full chat. For the less hardy – or more sensible, depending on your outlook – there’s plenty to enjoy inside, too. Within the halls at Stoneleigh Park you’ll find static displays of classic competition cars as well as a large selection of trade stands. But just as intriguing, even if you aren’t in the market for a new car, will be the auction.

Hosted by Silverstone Auctions, the annual sale sees road and race cars, watches, motorcycles and automobilia go under the hammer. The sale spans across the entire three days of the show, the Friday dedicated to the competition cars, and the Saturday and Sunday covering everything else.

There’s a selection of tantalising-looking Fords in the 2017 sale, including a 1987 Moonstone Blue Sierra RS Cosworth that’s expected to sell for between £25,000 and £29,000. In a similar vein there’s a 1995 Escort RS Cosworth with a slightly higher estimate of £25,000 to £35,000. There’s also an older, but no less prestigious, Mk1 Lotus Cortina from 1964 amongst the lots. It’s been restored but no longer has the Lotus-specific A-frame rear axle – it’s been replaced with the more durable leaf-spring back-end used by conventional Cortinas as well as the later rally versions. Still, it has a surprisingly low estimate of £35,000 to £40,000. 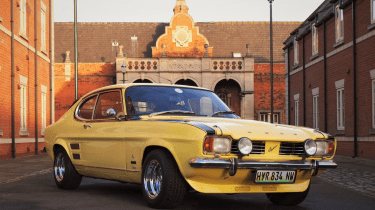 Even more interesting, perhaps, is an extremely rare 1972 Capri Perana V8. It’s one of only around 500-550 Mk1 Capris that Basil Green Motors of Johannesburg built with a 5-litre V8 from a Mustang. It was also equipped with a rear axle from an Australian Ford Falcon and was available through South African Ford dealers with a full warranty. Finished in yellow, with black stripes, deep-dish wheels and flared arches, the Perana couldn’t look any more ’70s. Not even a moustache and some brown corduroys could improve its image. 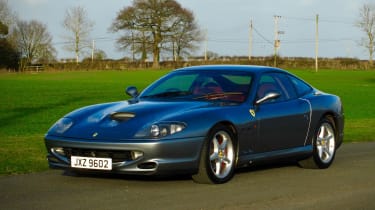 Also in the Race Retro sale is a slightly less humorous, but even more rare, Ferrari 550 Maranello WSR. In 1998 Ferrari took a tweaked version of its 550 to a test track in Ohio to attempt to set three new world records. It succeeded, with the car covering 100 miles at an average speed of 190.2mph, 100 kilometres at 188.9mph and one hour at an average of 184mph. To celebrate this success, Ferrari created the 550 WSR – for World Speed Record – building 33 examples that matched the exact specification of the modified record-breaking car.

Each WSR was fitted with the Fiorano handling pack, a leather-trimmed roll-cage, a suede steering wheel, carbonfibre bucket seats, harnesses and a sports exhaust. The WSR also came with yellow Scuderia shields on the wings and a World Speed Record plate inside. The car for sale at Stoneleigh is one of only ten right-hand-drive examples built and this will be the first time a WSR has ever appeared at auction. It’s expected to sell for between £180,000 and £220,000. 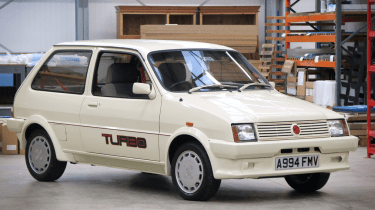 Finally, if hot hatches are your tipple then one car that might interest you is a low-mileage, unrestored 1984 MG Metro Turbo. Finished in white with matching bumpers, grille, bodykit, mirrors and wipers, this 94bhp machine is immaculate. Even under the bonnet, its tiny-looking A-series engine is spotless. But despite its pristine appearance and low miles, its estimated value of £16,000 to £20,000 seems a little optimistic to us.