Italdesign Zerouno is the first model from new bespoke sub-brand 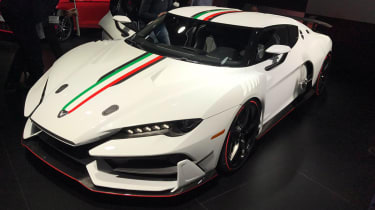 The supercar is aimed at collectors and what Italdesign calls ‘visionary enthusiasts’, the first car is meant to combine racing car features with on road usability, although how often potential owners will take them out on the road is anyone's guess.

Italdesign Automobili Speciali, as the new bespoke brand is known, will be building a grand total of five Zerounos before the end of the year. Each one utilises a modular carbon fibre and aluminium chassis, with bespoke carbon fibre bodywork. 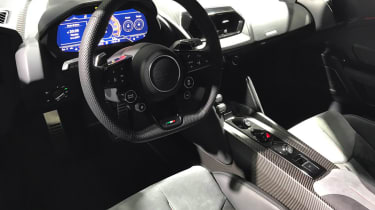 Powered by a 5.2-litre V10 sourced from Audi, Italdesign is quoting performance figures of 3.2 seconds to 62mph and a top speed in excess of 200mph. These figures have been achieved through a symbiotic relationship between the design and engineering departments, ensuring as little compromise as possible in its aerodynamic properties and dynamic ability.

Looking distinctly related to Lamborghini’s latest design language, the supercar has been designed to offer what Italdesign calls 'two sides of one medal'. In other words, it combines smooth GT inspired design above the belt line and a more aggressive and technical look below it. 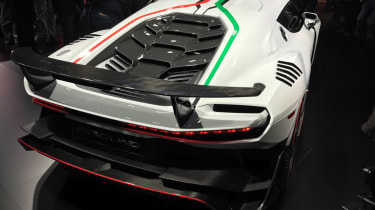 In what will become one of multiple ‘special cars’ under the Italdeisgn Automobili Speciali brand, the Italdesign Zerouno is part of the car industry's coach-built renaissance, a historic past-time that is being revitalised due to increased interest in bespoke vehicles from emerging markets, as well as the technical abilities of building in materials like carbon fibre.

No prices for the Italdesign Zerouno have been announced, but given the exotic and exclusive nature of the car expect it to be priced well into the hundreds of thousands.