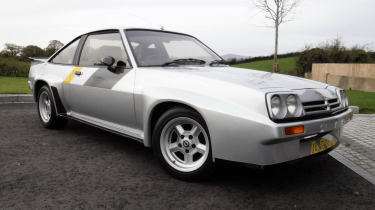 Names like RM Sotheby’s and Barrett-Jackson might give the automotive world its biggest numbers, but for petrolheads on a more realistic budget Classic Car Auctions’ events are hard to beat.

The upcoming CCA December sale will be little different, with a wide and eclectic selection of vehicles capable of entertaining petrolheads of virtually all ages, budgets and tastes.

That said, one of the auction’s higher estimates is undoubtedly held by one of its more interesting vehicles, in the shape of a 1984 Opel Manta 400.

The car was the work of renowned Opel and Vauxhall tuners Irmscher and engine builder Cosworth, who paired a 2.4-litre block with a 16-valve head and a five-speed gearbox, in a car with extended arches and chunky Ronal alloy wheels. 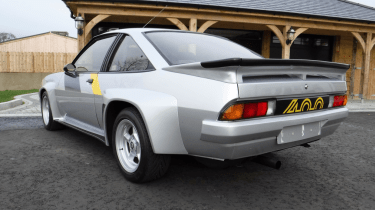 Homologated for rallying purposes, the road-going versions made 142bhp and 155lb ft of torque – not bad for 1981 – and scrabbled to 62mph in 7.5 seconds. Rally versions were considerably more potent, making up to 275bhp in Group B form, but stage success (at least at a world level) was limited thanks to the emergence of cars like the Audi Quattro.

The car on sale with CCA was imported as a left-hand drive car and converted to RHD early in its life. In 2005 it enjoyed a full restoration, which probably has something to do with the 133 points out of 135 that CCA has scored its condition, and the £40,000-£50,000 it’s expected to reach.

Talking of Audi Quattros, CCA has one of those coming up for sale too – a stunning 1991 example in Panther Black with just over 95,000 miles on its digital instruments. It’s not perfect, as a 109/135 condition report suggests, but that just gives you all the more incentive to use it. Expect to pay £30k-£35k. 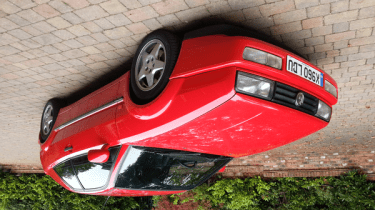 Continuing the retro Germanic theme is a Mars Red, 1993 Volkswagen Corrado VR6. A figure of £5k-£7k is indicative of the way these cars are heading, and while the Corrado doesn’t match up to modern front-drivers in handling terms any more, it makes up for it in character and the now-unusual quality of a sizeable 2.9-litre VR6 engine sitting up front.

On the BMW front are several interesting examples. There’s something quite appealing about the humble but honest combination of BMW 316s crossing the block – one a 1982, E21-generation model in Henna Red and the other a 1988, E30 car in Zinnobar red. You can’t expect either to be too brisk, but both have the appealing and simple combination of a naturally-aspirated engine, rear-wheel drive and a manual gearbox. The E21 is expected to reach £6.5k-£8.5k, and the E30 is being sold with no reserve. 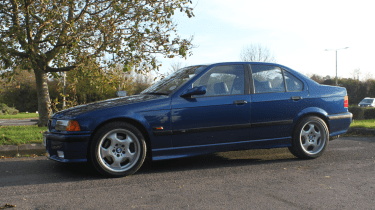 Quicker are the pair of E36 M3 saloons for sale. The first, a 1995 car, is finished in Avus Blue and comes with a 108/135 condition rating, with refurbished wheels and refreshed paint leaving it looking very tidy for a reasonable £6k-£8k. The next is a 1996 example best known for its appearance on Top Gear and driven by Richard Hammond – it’s Boston Green and not quite as sharp at 85/135, but has no reserve. Perhaps someone will pick it up cheaply before carrying out the inevitable work required… 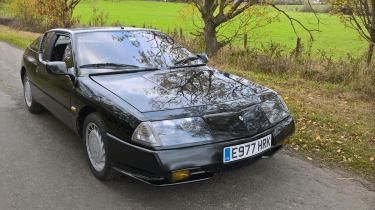 It isn’t all German, of course. Francophiles will enjoy the presence of a 1988 Renault Alpine GTA, looking chic in black paintwork, packing the obligatory yellow foglights, and fresh from a light reconditioning. It’s a proper UK car too, in right-hand drive, and looks like an affordable alternative to an old Esprit or 911 at between £8k and £10k. The other French fancy is a perennial favourite – a 2004 Clio V6, in blue, with a recent cambelt change. The £22k-£26k estimate suggests many of us have missed the boat with these cars, sadly. 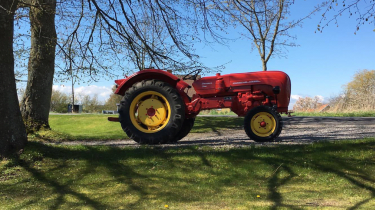 But perhaps the most intriguing of all is the 1962 Porsche-Diesel Standard Star 219. Yes, it’s one of Porsche’s famed tractors, and rapidly becoming one of the least expensive ways of getting a Porsche in your garage. It only makes 30bhp, but it’ll probably out-pull a Cayenne and looks like a fine way of fishing your 80s 911 out of a hedge.

You can view the full December Sale lot list here – there’s plenty we’ve missed out – and attend the auction itself at the Warwickshire Exhibition Centre on Saturday, 2nd December.