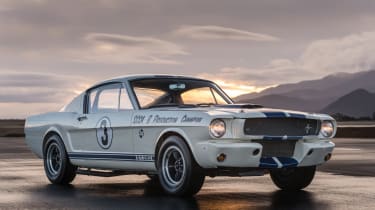 Auction season is upon us and has kicked off in fine style at the RM Sotheby’s Arizona 2018 sale, held from the 18-19 January.

Some absolutely spectacular vehicles are crossing the auction block in Phoenix, and while we’d suggest heading to the full auction preview page to view the full list, we’ve selected a few from the lot list that we found particularly interesting – from one of the auction’s stars, a Shelby GT350 R, to some of the 80s’ and 90s’ tastiest supercars and… a boat. It is a pretty nice boat, to be fair.

You can watch the auction in full in the video above, now heading into day two, with the action beginning at 5pm local time at the Arizona Biltmore Resort & Spa in Phoenix. You can read our full list of our picks from the auction below, and head to the bottom of the page to check out the first day's livestream replay. 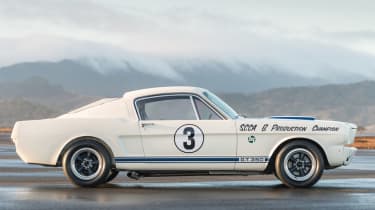 If all goes as expected, this genuine Shelby GT350 R race car will cross the one-million-dollar barrier in Arizona, and could hit as much as $1.2m. Eligible for various historic racing events, chassis 5R213 is said to produce up to 350bhp yet weighs less than a production model at a scant 1157kg – good for 0-60mph in 5.5sec. Originally toured through 12 US cities as part of a promotional “Cobra Caravan”, 5R213 then went to Peru, and was later reimported to the US via a pair of Arkansas collectors. 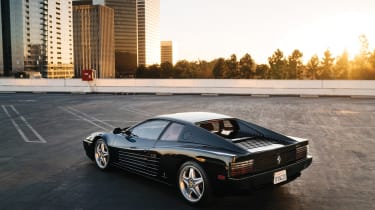 The 512 TR’s lines are just getting better with age, but have they ever looked sharper than they do with this black-over-maroon example, expected to fetch $220,000-$250,000? It’s covered 10,000 miles from new and apparently features a range of small tweaks to make it easier to live with in the modern day, from an alarm system that’ll let you roll up the windows remotely to a 2000-watt sound system – all changes the seller suggests can be reversed, if necessary. 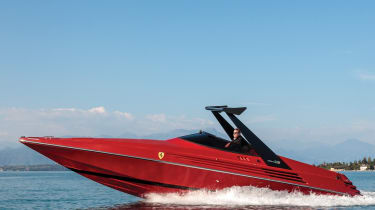 Not so much evo as seavo, Riva’s high-profile tie-up with Ferrari turned out this spectacular Testarossa-inspired speedboat, powered by a pair of 390-horsepower, eight-litre V8 marine engines, good for 54 knots, or 62mph. Offered without reserve, it’s expected to make $125,000-$175,000 at the auction, which doesn’t actually seem that bad… 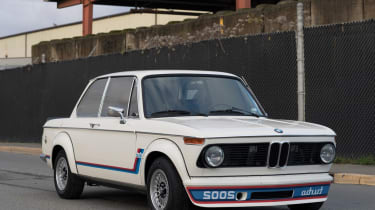 2002 Turbos are rapidly increasing in both appeal and value, with the Arizona example expected to make $110,000-$140,000 when it crosses the block with no reserve. The reverse-text graphics and boxy profile have already seared themselves into your mind’s eye, and with a recent full restoration the 170-horse engine should be feeling as strong as ever.

Both the Veyron and Chiron are deeply impressive cars, but the rose tint of nostalgia makes the EB110 cooler – and with an estimate of $750,000-$950,000, it’s currently more affordable, though such matters are of course relative. Likewise, a 213mph top speed might lag behind the later hypercars, but could still be considered fairly brisk by anyone else’s standards. Condition-wise, this EB110 benefits from a full service in October 2017 and has covered fewer than 3000 miles from new. 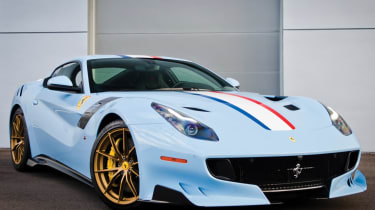 Our newest pick, this F12tdf gets a pass partly because it’s a remarkable car and among the most exciting vehicles on the road, and partly because of its stunning Azzurro La Plata livery, the work of Ferrari’s own Atelier and Tailor Made programs at the factory in Maranello. The first buyer apparently spent $39,000 on carbonfibre options alone and a further $46,673 on “other options”, though if it sells for the $1.2m-$1.4m expected, they’ve undoubtedly done fairly well from their original purchase. 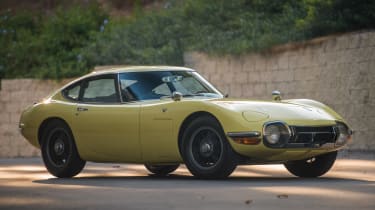 One of the most beautiful cars ever to come out of Japan, and among the most beautiful cars full stop, 2000GTs are quickly becoming accepted as top-tier classics, and pricing is quickly rising to match. This one, presented in an unusual shade called Bellatrix Yellow (one of only six painted that colour), is expected to make $600,000-$700,000 and is offered with no reserve. Improvements over standard include a custom cooling system and upgraded electric brake booster. 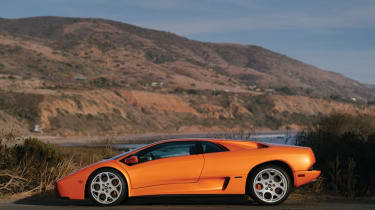 By the time this Diablo was hitting the streets the original Murcielago was just around the corner, but time has been kind to the Diablo’s shape and painted in Arancia Atlas it’s every bit as dramatic as the Lamborghinis that followed. Being a late car, it also benefits from detail changes – the faired-in headlights are one – and this one has also enjoyed some actual use by its previous keepers with 12,000 miles showing on the clock. It could make $275,000-$325,000.

959s have become a common appearance at auctions in recent years, pulled along on the general upswing in classic car prices but appreciated for their usable nature. With 8900 miles the Komfort-spec car being sold in Arizona hasn’t been enjoyed as much as some, but the $1m-$1.25m estimate certainly puts it in the ballpark pricing-wise. The silver-over-grey colour scheme suits it down to the ground and the last keeper has owned it for the past 16 years.