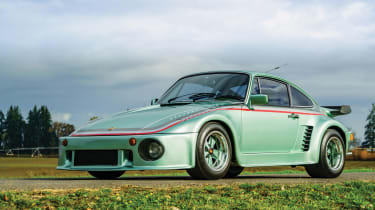 This year, RM Sotheby’s South California auction takes place on December 8 at the Petersen Automotive Museum in Los Angeles, one of the largest car museums in the world. This auction is usually one of the most significant of the year and as you’ll see, there are some rather impressive lots on offer to back that up.

The car was originally special ordered from Porsche factory with almost every optional extra available, including air conditioning, a Blaupunkt Radio and two loudspeakers to name a few. As if that wasn’t enough, the car was later handed to Kremer who modified the bodywork with custom fiberglass pieces, added a dual quad-tipped exhaust and power-adjustable bucket seats.

You’ll also be able to spot a charmingly retro, period, high-end sound system. The modifications don’t stop at surface level, either, with powertrain mods making an appearance. They were so significant in fact, that the auction description claims a prospective buyer once backed out of a deal for the car, simply due to the raw power from the 3.0-litre turbo flat-six . This 41,000-mile car will likely fetch a pretty penny, with all of the appropriate certificates of authenticity at hand too. 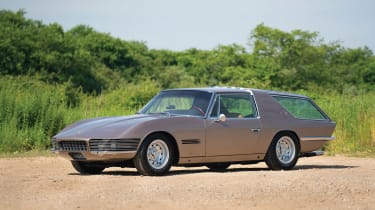 We also spotted this, a one-off 1965 Ferrari 330 GT 2+2 Shooting Brake, made reality by Vignale. It started life in 1965 as a 330 GT Series II, in classic Rosso with a Beige interior but just two years later, was converted into its current shooting-brake form.

It was, apparently, a way of making the 330 more liveable, with more comfortable seating for four passengers and a significant increase in luggage capacity. In 2011 the car fell into the hands of Jason Cheetham, better known as ‘Jay Kay’ from the band Jamiroquai, and in 2017 was resprayed in its current colour. 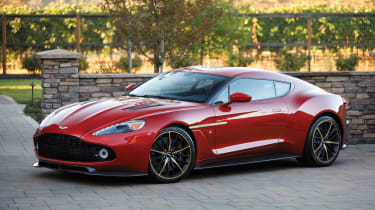 A modern icon with a classic design house take, this is the 2018 Aston Martin Vanquish Zagato. The design of Aston’s 2012 Vanquish has stood the test of time well and Zagato’s 2016 adaptation is sure to find plenty of admirers in the sale room.

The model includes signature Zagato design features such as a large oval grille, sweeping side strakes and a “double-bubble” roof. It also includes nods to Aston Martin’s more recent models such as the Vulcan and One-77. With just 99 coupes in existence, this particular example is equipped with the desirable Ville d’Este package and its delivery mileage status will mean it’ll probably fetch a rather large sum. 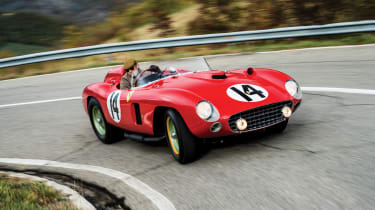 We have a sneaky suspicion that this car might fetch quite a few pounds too. It’s a 1956 Ferrari 290 MM with an exceedingly colourful history. This was an official Scuderia Ferrari Works car, gaining a podium position at the Mille Miglia and an overall victory at the Nassau Trophy and Memorial race with Stirling Moss at the wheel. It’s the final of four examples built and just three currently in existence.

The car also maintains its original chassis, the Tipo 130 V12 fitted to the car by the factory (after its original four-cylinder in 1956) and original body too. 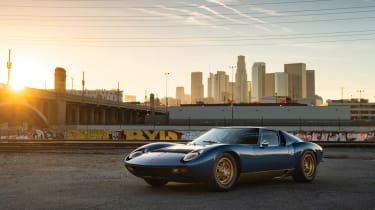 The Lamborghini Miura - arguably one of the best looking pieces of automotive art ever to exist. It essentially defined the term ‘supercar’ when it was launched in 1966, as it was quite simply, like nothing else on the road.

The P400 SV variant smoothed out most of the imperfections found in the standard car, as well as adding aggression with wider arches and other design tweaks. Producing 385bhp, the Miura P400 SV could do 0-60mph in 5.8 seconds and reach a top speed of 180mph, a staggering feat for the time. This particular example is quite special too, as it was the only one finished in Bleu Medio from the factory. 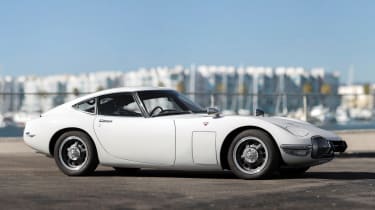 The Toyota 2000GT sported a modified version of the inline six-cylinder found in the Toyota Crown saloon, with new double overhead camshafts allowing an output of 150hp. A total weight of just over 1000kgs and a tidy 49/51 weight distribution made it the perfect driver's car.

When production finished in 1970, only 351 2000GTs had been made, making it a very collectible piece indeed. This particular example is right-hand drive and finished in its original colour combination, Pegasus white with a black leather interior. 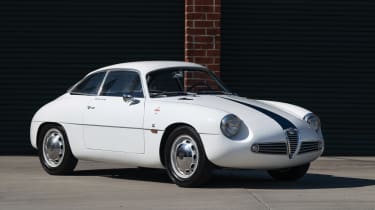 The 1960 Alfa Romeo Giulietta SZ Zagato was a fine demonstration of how modifying styling and material types could be hugely beneficial to the way a car drives. In order to keep weight to a minimum, it used a space frame chassis alongside Perspex windows and a bare-bones interior.

This example was born out of a destroyed Giulietta Sprint Veloce and was one of the first models off the line. Being one of just 200 Zagato cars produced, you won’t see another one any time soon.