Race-tuned 330i M Sport to debut at Brand Hatch in April, with reigning champ Colin Turkington amongst its drivers 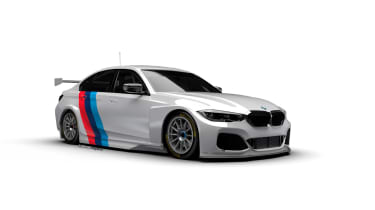 BMW has revealed its new BTCC racer for the 2019 season, and it’s a version of the new 330i M Sport. The 3-series hasn’t been seen in the championship since it was replaced by the 125i M Sport in 2013, but now it is back, piloted by three-time BTCC champion Colin Turkington, alongside teammate Tom Oliphant, who was a newcomer to the the series last year.

The race-tuned 330i M Sports will make their first track appearance at Brands Hatch on 6-7 April. With 31 of Turkington’s 46 BTCC wins claimed in BMWs, we’d say the new car is in good hands.

West Surrey Racing has been the driving force behind BMW’s BTCC efforts for over a decade now, and will remain so for 2019. As well as the two Team BMW cars, WSR will also run a third 3-series for 2013 champion Andrew Jordan, who will be driving under the BMW Pirtek Racing banner. Team Principal at West Surrey Racing, Dick Bennetts, said: ‘We are delighted to be bringing the BMW 3-series back to the BTCC. We achieved a great deal of success with the fifth-generation model between 2007 and 2012, so we are hugely excited to see what the latest version is capable of.’ 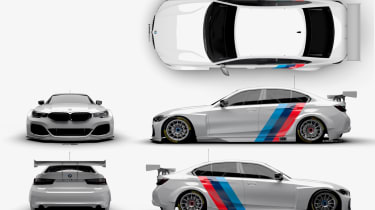 The 3-series has had an extremely successful history in BTCC, claiming five drivers’ titles and two manufacturers’ crowns between 1988 and 2009 thanks to drivers such as Frank Sytner and, of course, Turkington. Of the 3-series’ return, the latter said: ‘As far as pre-seasons go, it doesn’t get much better than this! Back in 2009 I clinched my first drivers’ title in a BMW 3-series, and to commence a new chapter with the new model for Team BMW is a dream come true.’

With the next-generation BMW 1-series expected to adopt front-wheel-drive, the switch to the real-wheel-drive 3-series for BTCC could prove to be a wise one.