With 100 BTCC wins under its belt and the 2019 3-series racer hot off the press, we look back at BMW's best touring cars 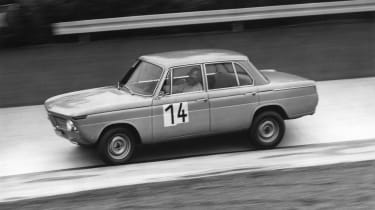 For the first time since 2012, the BMW 3-series is to compete in the British Touring Car Championship with reigning champion Colin Turkington among its drivers. That got us thinking about the all time greatest BMW touring cars and the list below is the result. Will BMW's newcomer ever carve out a place for itself on this list?

In 2017, Colin Turkington took his BMW 125i to victory in the ninth round of the British Touring Car Championship at Thruxton, not only recording his second victory of the season, but also securing BMW's 100th BTCC victory; Turkington also recorded BMW's 50th BTCC victory back in 2008 when he finished first at Croft in a BMW 320si. Only Honda, Vauxhall and Ford have recorded more outright wins in the BTCC, with Ford leading the field with 249 BTvictories.

To celebrate the Bavarian marque's impressive BTCC achievements and the launch of the new 3-series racer for the 2019 season, we’ve taken a look at BMW’s illustrious saloon car racing heritage from around the globe, selecting a handful of the very best touring cars the Munich marque has campaigned from the unlikely 1800TISA, via the all conquering E30 M3 to the current crop of rear drive racers.

It might not look all that aggressive, or even that sporty, but this four-door saloon was at the forefront of touring car racing in the 1960s. It was an era that helped create homologation special road cars. So that the TISA could realistically compete with the Lotus Cortina and Alfa Romeo Giulia Ti Super on the track, the road car came with a host of modifications. Larger valves, a balanced crankshaft, twin Weber carburettors, a wild camshaft and high-compression pistons increased the power to of the road car to 130bhp, 20bhp more than the basic 1800ti. The result was successful and the 1800TISA was a formidable car in '60s touring car racing. 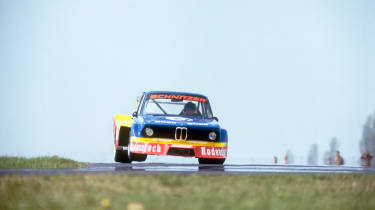 Touring car racing in Europe changed dramatically during the 2002’s life and so did the race cars. The only body modifications made to the early cars, like the car in which Hans-Joachim Stuck won the 1970 24 hours of the Nurburgring, were simply a set of wide arches. But by the mid-70s, Group 5 rules had turned the 2002 into an ultra-wide turbocharged monster sporting massive wings and arches. 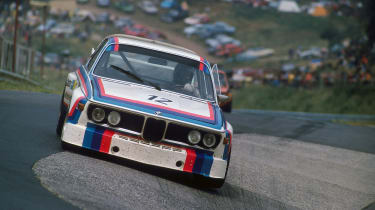 This straight-six powered touring car was designed to do battle with the Ford Capri RS2600. The Ford had been thrashing BMW’s 2800CS in Group 2 racing, so the Bavarian race team stole Ford’s head of motorsport Jochen Neerpasch. His solution to BMW’s problem was the 3.0 CSL, and it was a success, beating the Capri and winning the 1973 European Touring Car Championship. 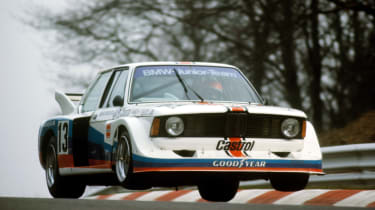 BMW’s 2002 was replaced by the 3-series in the mid-70s. As such, the first generation 3-series, the E21, became the new Group 5 race car. Its bodywork was equally outrageous as its predecessor, while a livery created by artist Roy Lichenstein made it even more memorable. 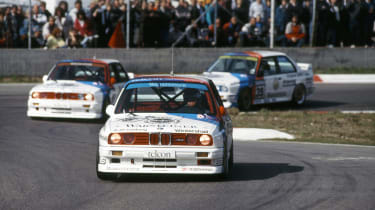 BMW’s most successful touring car, the E30 M3, made its name in the German touring car championship, DTM. Doing battle with the Cosworth powered Mercedes-Benz 190e 2.3-16, the M3 helped create some of the most exciting and high-profile touring car racing there has ever been.

> Read our review of the current BMW M3 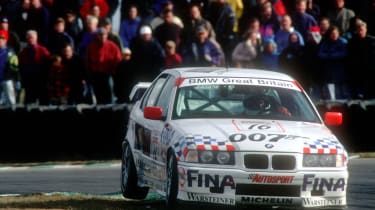 It wasn’t the E30 M3’s successor that continued BMW’s touring car success; the later 3-litre six-cylinder M3 wasn’t suited to the super touring regulations that many championships around Europe adopted in the 1990s. Instead the E36 was fitted with a 2-litre version of BMW’s S14 engine, the four-cylinder twin-cam engine that powered the E30 M3, so that it would comply with the rules.

The result was successful and Joachim Winkelhock won the 1993 British Touring Car Championship in an E36 3-series. Later cars were fitted with an engine more closely related to one found in the production car, and although the E36 didn’t win another BTCC title it still remained competitive.

It wasn’t just the 2-litre petrol E36s that made it onto the race track, though; a 320d was the first diesel car to win the 24 Hours of the Nurburgring in 1998, while the E36 M3 was campaigned in GT racing around the world. 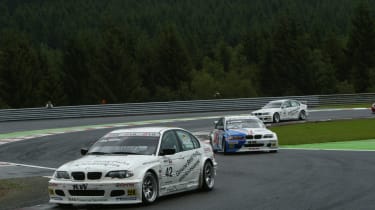 Much like the E36 race cars, it wasn’t the E46 M3 that was the most prolific racer. The 320i Saloon was raced successfully in the World Touring Car Championship in 2005 just before it was replaced by the next generation 3-series.

The E46 M3 did find its way onto the racetrack with the controversial M3 GTR. Powered by a V8 that wasn’t found in any production 3-series, the GTR was subject to heavy penalties before it was allowed to race. Ten road-going GTRs were built to appease the FIA, but the car was required to run with added weight and BMW abandoned the project after just one season. 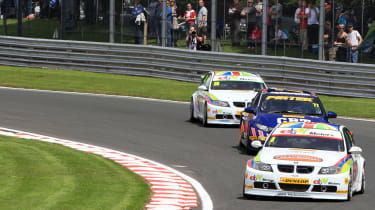 The E90 BMW 320si replaced the E46 race car in WTCC and immediately went on to win the manufacturers’ title, while Andy Priaulx, driving a BMW, took the drivers’ title too.

With the E9X production M3 fitted with a V8, it was capable of being competitive in GT racing while legitimately complying with the rules. Hans-Joachim Stuck raced the M3 GTR in the 2004 24 Hours of the Nurburgring and won, 34 years after the first time he won the race in a 2002. 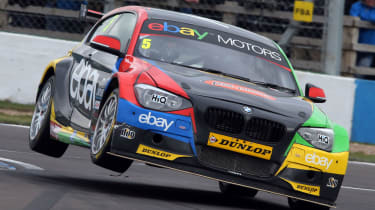 In 2013 the 1-series replaced the 3-series in BTCC. Its rear-wheel drive layout is suited to certain UK tracks and the smaller BMW remains competitive. So much so that, in 2016, the 125i helped BMW claim the manufacturers’ title and it’s this model that’s taken BMW to it’s 100th BTCC win.

> Read more about the BMW 1-series