De Tomaso’s return was hinted at during this year’s Geneva Motor Show and now there’s a fresh logo and a reveal date for a new car. 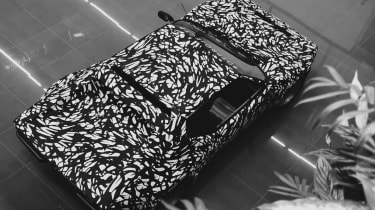 A new De Tomaso, currently designated Project P, will be revealed on July 4th at this year’s Goodwood Festival of Speed. Its debut coincides with De Tomaso’s 60th Anniversary.

As well as revealing when the new car will make its debut, the company has released images of a new logo consisting of a modern take on the classic De Tomaso badging.

> The best supercars to buy now

De Tomaso, famous for creating the Pantera supercar, has been shuttered since the early noughties after its founder, Alejandro De Tomaso passed away. In 2014 the rights were bought by Ideal Team Ventures (ITV), the company behind the Apollo IE hypercar. The new De Tomaso will be run by the same core team behind the Apollo brand.

ITV is keen to show that this isn’t a simple asset grab – it is making a point of expanding De Tomaso’s story. Ryan Berris, De Tomaso General Manager and CMO commented: “Alejandro’s journey was never properly told and we feel his name should be commonly recognized amongst greats such as Enzo Ferrari and Ferruccio Lamborghini. Since the acquisition of De Tomaso we have been secretively working behind the scenes on a world- class revival strategy with the intention to go public with our efforts for the 60th anniversary.” 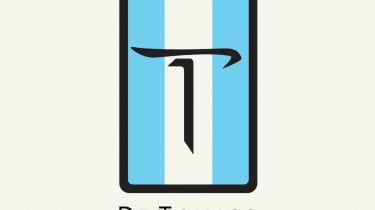 Seeing as De Tomaso now shares a parent company with Apollo it’s fair to speculate there’ll be some tech and development crossover between the two brands. Norman Choi, ITV and De Tomaso Chairman hinted as much, commenting: “The same core team behind Apollo, including our technical partners, will now embark on the revival of the legendary Argentine-Italian automotive brand that is De Tomaso Automobili.”

One of the technical partners Choi is referring to is HWA AG, the people behind the likes of the Mercedes-Benz CLK GTR and its DTM racers, which indicates how hardcore the Project P could turn out to be.

During this year’s Geneva Motor Show Apollo and De Tomaso skipped the show floor, instead driving a camouflaged Apollo IE and an unidentified De Tomaso around the city. The cars were almost identically camo wrapped, with the mystery De Tomaso emblazoned with the hashtag #DTProjectP. At that point De Tomaso’s return had been confirmed but what the company was going to do was a closely held secret, now we know there’s something new on the way.