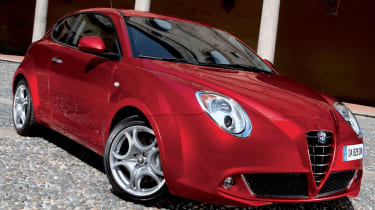 The GTA badge will be back at Geneva. Alfa Romeo will unveil the hottest Mito, and it won’t just be a spiced-up concept. It will be the production Mito GTA, complete with a 1.8-litre direct injection turbo engine.

That means 240bhp, a chunky 32bhp hike over its most direct rival, the Mini John Cooper Works. It means the Mito will be able to hit 150mph, while clearing 0-60 in 6.2sec approx. Both figures are a sliver better than the JCW.

Whether the Alfa offers the great, old-school fun of the Mini behind the wheel remains to be seen. It uses the same tech as the regular Mito hatchback, meaning the DNA dynamics trickery is standard while the electronic Q2 differential system should have a good go of channelling all those horses through the front wheels, a problem that afflicted the 247bhp 147 GTA. Expect it do undercut the Mini JCW, priced at £19-20k.

Speaking of the 147, the next model – due by next year – will be five-door only, with the Mito perhaps seen as the new compact three-door Alfa of choice. A design chief at Alfa Romeo has also said that the brand’s design direction is set to become more focused, and move away from the aggression of the 159 and Brera and become more sinuous, although future models won’t be in the same vein as the 8C supercar and the Mito it’s inspired.

Four new cars have been signed off apparently, and after the Mito GTA is seen at Geneva expect a drip-feed of new models and concepts from the Italians. In the meantime, you can read evo's drives of the UK-spec Alfa Romeo Mito and the striking Marangoni gullwing-doored concept in evo 128, on sale Weds February 4. 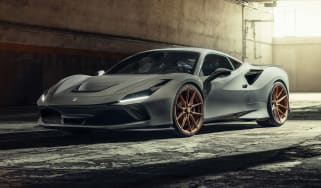