Looking for a mini alternative with real flair? The new Mito could just be it 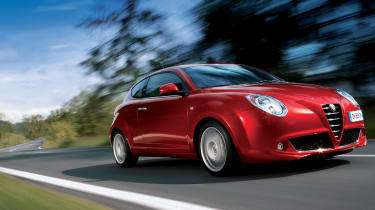 The cars I like best are compact, efficient ones, cars that you can really use, which fit all roads and melt neither ice caps (allegedly) nor credit cards when you fill them up. If there’s a dose of credible style and brand depth, so much the better.

Alfa Romeo’s new Mito, then, should fit my template well, even if there is still something not quite right about the fit between the Alfa brand and the people who buy them. I can’t help noticing, for example, that while I pass many Alfas I am never passed by one, and I think I mostly drive at reasonably normal, real-world speeds.

The Mito stands a chance of fixing this image snag. It’s aimed at a youthful audience, to the extent that the Italian market gets a Mito Junior version with 78bhp and low insurance costs. UK yoofs won’t have that – our entry-level Mito is the 95bhp 1.4 Turismo at £10,975 – but the prices are still sensible with the most interesting Mito, the 1.4 TB with 155 turbocharged bhp, costing £14,975 in its top Veloce trim. There’s also a 120bhp TB and a pair of turbodiesels.

But didn’t we all think the Mito was going to be called Junior across the range? I have even lost a bet with Alfa UK’s PR lady on this subject. Junior is a good name for those ancient enough to remember past small-capacity Alfas thus labelled, but it was thought a bit patronising by those at whom the new car is aimed. So Mito it is, combining the Italian abbreviations for Milan and Turin, respectively Alfa’s ancestral home and its Fiat-era new one. That said, Alfa Romeo is to relocate its styling centre back in Milan, overhaul its museum and open a flagship dealer and conference centre there.

The first information about Alfa’s Mini rival referred to it as Mi.To, now tidied slightly to MiTo. But we’re going to call it Mito, as running copy isn’t the place for logos. So, what exactly is the Mito?

It’s based on Fiat Grande Punto underpinnings, and the 155bhp engine is as used in the Abarth version. Suspension changes include rebound springs within the dampers, designed to reduce roll without spoiling the ride and loading up the outside wheels in the way anti-roll bars do. All the skin panels are different, as is the entire interior in which you sit lower behind a nominally lower steering wheel. The cockpit has a credible Alfa look, with hooded dials and mainly black trim. Lusso models upwards have a padded carbonfibre-look dashboard top, usually in black but it can be dark red.

Outside, too, there’s Alfa obviousness. The 8C is a big influence, as shown by the rounded lights with chrome or satin surrounds. The wheel catalogue has some 8C-lookalikes, too, though the 8C didn’t have to resort to giant wheelarch blisters to add machismo…

But will it feel like an Alfa to drive? And, nowadays, what does that mean anyway? First impressions are promising: there’s a detectable edge to the exhaust note and a kind of cultured, measured feel to the Mito’s movements that a small Fiat doesn’t quite manage.

The ride proves encouragingly absorbent until too much wheel movement is required too quickly. And the six-speed gearshift is a good ’un.

When the chance comes to extend the engine, there’s lag low down, more than you’d get with a direct-injection engine (the upcoming MultiAir motor will fix that, and give a hitherto unseen spread of valve timing with its camless, hydraulic inlet valves) but it soon passes. It’s torquey and spirited in the mid-range, especially on transient overboost, but fades at the top. Mid-range it is, then.

Overboost? That’s when you select D, for Dynamic, on the so-called DNA switch (the others are Normal and tippy-toe All-weather). This new take on traction, stability, etc, also makes the steering weightier and the throttle response keener in D, while loosening the handling’s ties.

D-mode steering feels typically electrically-assistedly gloopy around the straight-ahead, because the weighting is an added artificial resistance and there’s too much rubber in the linkage, but it’s the mode of choice on a twisting road on which the Mito is good, pointable fun. A form of virtual electronic differential helps kill understeer, too, by gently braking the inside front wheel as needed.

The steering is the least appealing part of an otherwise engaging small car. Now the engineers need to drive an early Alfasud, to learn how their ancestors used to do it properly.