evo is at the Autosport show. Click here for the show highlights (and come say hello) 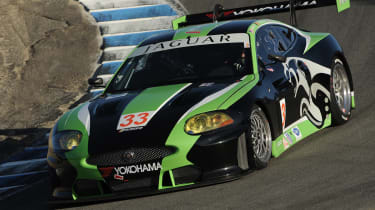 It’s the Autosport show at Birmingham’s NEC this week (January 14 to 17) and there’s an abundance of excellent things to see. Chief among them is evo. We’ve got our very own stand there, so come along and say hello to us. We might even say it back. Taking pride of place on our stand is the mighty Mercedes CLK DTM that’s one of the stars of our Special Forces group test in the latest issue (details this way). And if you have a spare £140K or so rattling around in your pockets, you’ll be able to take it away from the show with you. Other places to head include Porsche, as the brand will be showing its 911 GT3 R racing supercar, while AmD Millteksport – the latest team to join the British Touring Car Championship – will be displaying its VW Golf racer. Its based on a front-drive Mk5 and boasts a normally aspirated 2-litre engine with 285bhp. Should be quite good… Also well worth a look is the Jaguar stand, with production XKRs and XFRs joined by the mighty 225mph Bonneville XFR and the JaguarRSR XKR GT racing car. It’s set to partake in the American Le Mans Series throughout 2010 but before it heads stateside, you can see the 550bhp V8 wonder in person. It weighs a mere 1245kg, and will hit 180mph. Looks rather lovely, too. Mosey on over to the Dunlop stand and there’s a selection of fine things to prod and poke too. The brand will unveil its new Le Mans challenger, an Aston Martin Vantage GT2 developed alongside the Brit supercar firm to take chunks out of the opposition in the Le Mans 24 hours as well as LMS. The two star cars of last year’s BTCC championship – series champ Colin Turkington’s BMW 320si and crowd favourite Jason Plato’s Chevy Lacetti – will be there as well while the drivers themselves (alongside a host of other BTCC pilots) will be signing autographs and performing meet and greets. Plenty to do, then. So stop reading and head to the NEC... Follow evo on Twitter or Facebook for car news and views