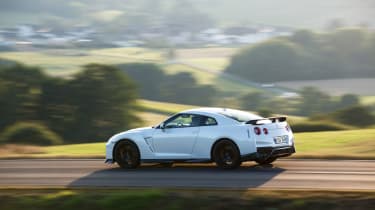 In April Nissan unveiled the new updated GT-R. Soon after at the Goodwood Festival of Speed, we were treated to the top spec Nismo GT-R. Now Nissan has revealed the Track Edition, a GT-R that spans the gap between the ultra-focussed Nismo and road biased standard car.

The Track Edition makes do with the same twin-turbo 3-litre V6 as the current, 2017 model year GT-R, which produces 562bhp. However, new adaptive Bilstein suspension – tuned specifically for the Track Edition by Nismo ­– and stiffer, lighter anti-roll bars make the Track Edition more exciting to drive on the road and improve its on-track behaviour. 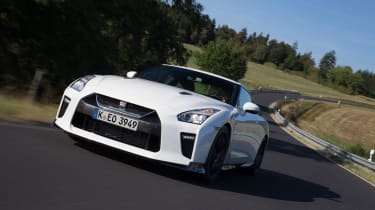 The Track Edition will cost £91,995, £12,000 more than the standard GT-R. As we’ve seen the base GT-R evolve into a more sophisticated GT, the slightly wilder Track Edition could inject Nissan’s super coupé some of its original character. We considered the previous version of the Track Edition the perfect balance of performance and chassis compliance for our roads, not as stiff as the Nismo but even more involving than the basic GT-R. Hopefully, this latest version will be just as exciting.