One of the best hot hatchbacks of its era, and now a hugely entertaining used purchase too 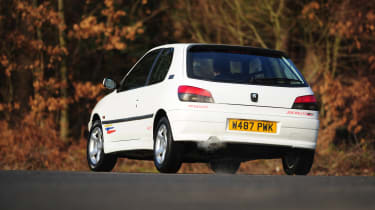 Until Ford got its act together with the first-generation Focus, one company stood above all others when it came to fun-to-drive family cars: Peugeot. Launched in 1993 as a replacement for the venerable 309, the Peugeot 306 wasn’t just an attractive car, with family resemblance to both the 205 and 106, but like those smaller hatches it was also a blast to drive.

Things got even better when Peugeot applied the inevitable GTi touches though, and by the time the facelifted 306 came along, the 306 GTi had a solid claim to being the best hot hatchback on sale. Renault might have stolen Peugeot’s thunder with its subsequent Clio and Megane RS models, but thanks to the 306, Peugeot had the 1990s all its own way.

Peugeot 306 GTi and Rallye in detail

Volume family cars are rarely that interesting, and sharing its platform with the recently-launched Citroen ZX and packing the same range of TU and XU-generation four-cylinder engines, there was certainly little about the 306’s basic makeup that stood out from the competition.

The same applied under the skin, with struts up front and trailing arms sprung by torsion bars at the rear, while initially three- and five-door hatchbacks covered the needs of most buyers. So far, so conventional, though the 306’s styling was undoubtedly a high point, and the brand’s typically good suspension tuning made it a deft handler. 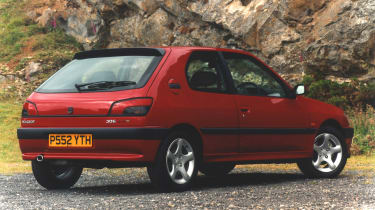 The first flashes of real excitement came though with larger power units, particularly the 2-litre XU, a development of the 1.9-litre found in the old 205 GTi. In eight-valve form it was badged XSi – echoing the 1.6-litre version of the 106 – while a 16-valve head turned it into the S16.

Unexpectedly, contemporary reviews often preferred the XSi, needing less stoking to extract its performance and being less thrashy up top, but when the GTi-6 arrived with the 306’s facelift in 1996, there were no such worries with the 16v car any more.

Power had increased for a start, climbing from 155bhp to 167bhp, but the engine was smoother too and offered greater torque. To top it all, there was a clue to what made the 306 GTi-6 special in its name: a new six-speed transmission. No big deal today, but at the time it was among the first “normal” cars outside of high-end exotica to get a sixth ratio, and the close spacing made accessing the GTi-6’s performance even easier.

The 306 would get quicker still, though not for any further developments of the 2-litre XU. Instead, 1998 saw the debut of the 306 Rallye. While it didn’t wear the characteristic white steel wheels of the 106 and earlier 205, the 306 Rallye did reflect their more back-to-basics nature, dropping a claimed 65kg with the deletion of the GTi’s air conditioning, electric windows and some sound deadening. Interior trim was simpler too - cloth, rather than the suede and leather mix of the GTi-6 – while you also got a cheaper plastic steering wheel and of course, a set of solid exterior colours with Rallye flash graphics. 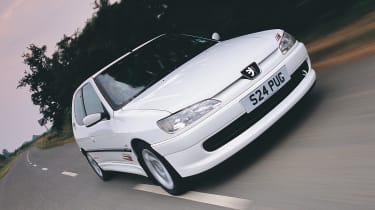 Importantly though, and just like the 106 and 205 before it, the Rallye was also significantly cheaper than the GTi-6 despite being mechanically identical. Like Renault’s stripped-out Clio 172 Cup a handful of years later, this made the Rallye something of a no-brainer if you could live without cool air.

The 306 would bow out in 2001, by which time the hot hatchback market, and indeed the family car market the 306 was a part of, were beginning to change. Horsepower figures were climbing, the cars were becoming larger, taller and heavier, and with nearly a decade under its belt, the 306 was making a smaller dent on the sales charts.

No performance version was ever offered with its replacement, the 307, and despite the introduction of turbocharged engines with the 308 in 2007, it took until the second-generation 308 for the GTI (now all uppercase) to make a worthwhile return, with 2015’s 308 GTI by Peugeot Sport.

‘The 306 GTi-6 engine thrives on revs in the 16-valve tradition, coming alive beyond 3000rpm and getting really stuck in from 4500rpm. There’s a healthy, guttural roar all the way through to 6000rpm, at which point it seems that the engine has peaked. Its note lightens, as if the Rallye has crested a rise and the load has eased, but stay with it and it spins productively all the way to the 7200rpm red line.

‘It is road-optimised; on a track it feels tail-happy but at road speeds on our rippled and camber-laden network it puts in a five-star performance. Its chassis filters out all of the distractions and feeds back delicate information through the rim of the wheel and copious notes through the seat of your pants.’ 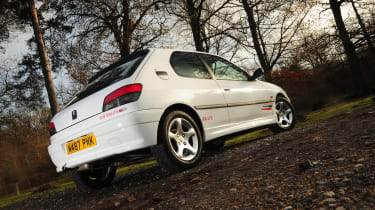 ‘The 306 Rallye demonstrates how engaging an edgier chassis can be. The 306 is fast and fluid, but if you want to extract all of its potential you need to be on your toes. This example’s dampers have seen better days, so the tail is even livelier, especially braking into bumpy turns, but this doesn’t faze Bovingdon, who’s experiencing the 306 for the first time.

‘“It’s more how I expected the Peugeots to be,” he says. “You really need to work the car to make it flow. Once you’ve turned in it feels poised for your input, and you can deliberately unsettle it and indulge in some proper heart-thumping oversteer. The engine backs it up perfectly, being smooth and torquey but with enough high-rev fireworks to back up that raw, racery feel.”’ 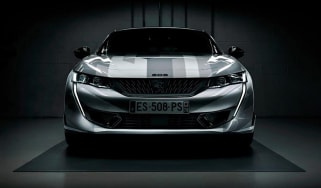 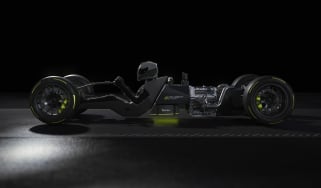