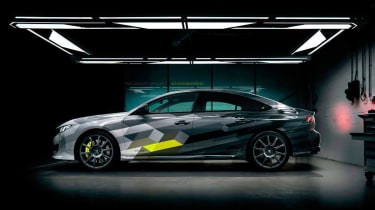 Peugeot has given us our first look at one of its first production Peugeot Sport Engineered models in the form of the Peugeot 508 PSE, a range-topping high-performance hybrid variant of the mid-sized 508 Fastback. Peugeot revealed a thinly veiled concept at last year’s Geneva motor show, but will return this year with the version you’ll be able to buy in showrooms from later this year.

Specific technical specifications of the production version have yet to be confirmed, but last year’s concept was confirmed to combine a 1.6-litre turbocharged four-cylinder engine with two electric motors to output a peak power figure of around 400bhp. Peugeot also published performance figures for the concept, projecting a 4.3sec 0-62mph time. 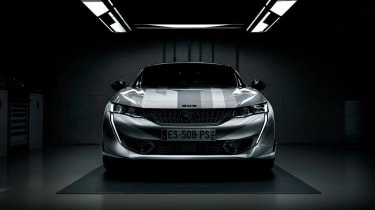 The petrol engine, together with one of the motors, powers the front axle through an eight-speed Aisin-sourced automatic transmission, while the second motor powers the rear axle, giving the 508 all-wheel drive – a first for the mid-sized model. It’s as yet unknown whether the production 508 PSE will include exactly the same powertrain, but will certainly be a high-performance hybrid of some type

As the first of Peugeot Sport’s new PSE-branded models, the 508 will include a host of chassis upgrades to make it more engaging to drive than the capable, if dull standard 508. Obvious from these teaser images is a larger wheel and tyre package, behind which are a larger set of brakes than on standard 508 variants. 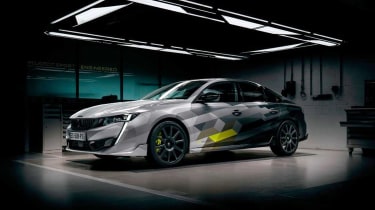 Exterior design tweaks also look to be inspired by those on the concept, with only subtle upgrades to the 508’s attractive exterior design. Most obvious of these are the aero appendages on the splitter, skirts and rear bumper, while a new symmetrical grille and larger lower air ducts will help keep the densely packaged hybrid powertrain cool.

We’ll have to wait a little longer to see the 508 PSE in full production form, and although the extra weight and complexity will doubtless be a threat to its dynamics, Peugeot Sport’s excellent back catalogue of recent GTi models puts the new 508 PSE in good stead.