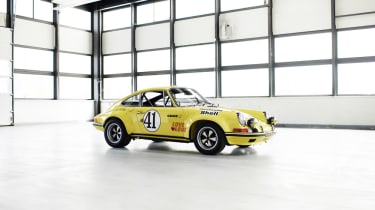 Porsche Classic has completed a full restoration of an iconic 1972 Le Mans winning 911 race car. Only 24 versions of the S/T were produced, making it exceptionally rare. Designed as a factory racing version of the 2.4S, the car initially came about to fulfil demand for customer racing in Group 3 and Group 4.

The Porsche Classic restoration was originally purchased by American racing driver Michael Keyser before being used in the 1972 world endurance championship. It managed a class win at Le Mans and placed 13th overall in the race. 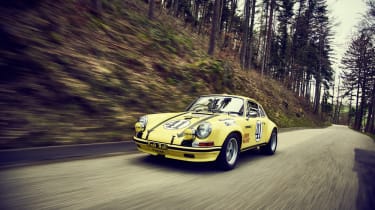 The restoration took no less than two years to complete, with the S/T being transformed from extremely poor condition to the state you can see in the images today. Challenges included the fact that the car had been crashed at somepoint in its lifetime, with substandard repairs used to bend its frame back into shape. The car had also been converted into a later specification 'G-model'.

Worse still, the entire roof of the car was bent following repeated impacts from children jumping up and down on it. Rust was also present throughout virtually all the car's metalwork. 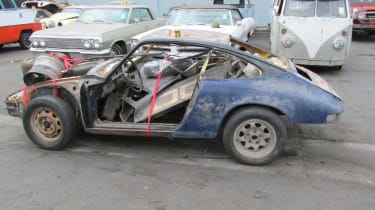 The end result was a restoration which required much of the 911 to be completely rebuilt by hand. The flared wheelarches were hand-built, while a new roof was fitted. The car was then finally painted in its original shade of light yellow.

Porsche Cars GB is currently in the process of restoring a 924 GTP as part of its 40th anniversary celebrations of the 924. Originally entered into Le Mans, the car was piloted by teams from Germany, the UK and the USA. Each vehicle had a livery that matched up with its teams' national colours. For those interested, you can see the restoration process on the Porsche website here.