RUF reveals a masterstroke in subtle tuning with its new GT 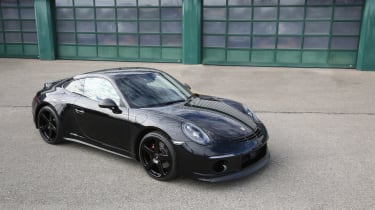 Porsche tuner RUF brought its latest 911 to Geneva called the RUG GT. It’s based on the previous-gen 991.2 911 GTS, and is a subtle and deeply desirable example Porsche tuning we can absolutely get on board with.

The powertrain is derived from the same 3-litre twin-turbocharged flat-six as the GTS, but power has risen from 444bhp to 508bhp at 6500rpm, with torque rated at 476lb ft at 3500rpm. These generous increases allow the GT to reach 62mph in 3.4sec, 0.2 of a second faster than the quickest GTS when fitted with four-wheel drive and a PDK transmission. Both seven-speed manual and PDK transmissions are available on the GT, likewise two- or all-wheel drive. 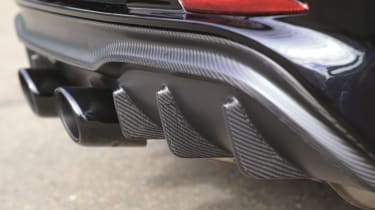 One of the most distinctive exterior elements is the new engine cover, which integrates a ducktail rear spoiler and retro-inspired louvres on the engine cover, replacing the GTS’ vertical strakes. As the more understated model in RUF’s range, it does without the flared arches and extremely wide rear tyres of the RGT.

Inside, RUF will gladly re-trim the seats, dash and doors in whichever finish you wish, something that can also be applied to the exterior finishes. RUF hesitates to confirm a price, as each model varies depending on the specification ordered by the customer, but as a special way of getting your Porsche 911 kicks, it’s a deeply desirable prospect.