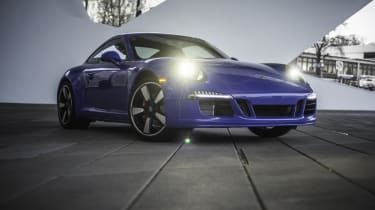 It’s barely gone on sale but already Porsche has jazzed up the new 911 Carrera GTS, on this occasion to celebrate six decades of its Stateside owner’s club.

Just 59 examples of the GTS Club Coupe will be made. They will be offered exclusively to Porsche Club of America members, with each car painted in ‘Club Blau’ and commanding a price of $136,060 – roughly $20,000 more than the standard car.

Not that the GTS is in any way a ‘standard’ car in the first place. It boasts a power-kitted version of the Carrera S’s 3.8-litre flat-six that develops 424bhp – enough to fire it to 62mph in 4.4sec and on to 190mph (a paltry 189mph if Porsche’s dual-clutch PDK is specified). 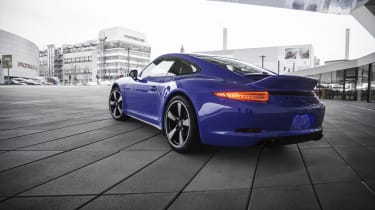 The GTS also comes with a sports exhaust, torque vectoring – which during hard cornering takes yaw rate and steering angle data to dictate brake pressure on the inside wheels – and dynamic engine mounts. That car’s fantastic stance is largely attributable a slightly lower ride height than garden 911s.

Sixtieth anniversary cars, however, will also get Porsche’s SportDesign package (usually a $4990 option), which is characterised by a nostalgic ducktail spoiler and Fuchs-inspired 20-inch Sport Classic wheels. 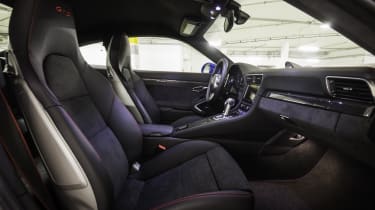 On the inside, Alcantara is everywhere, while most of the stitching is in contrasting Carmine Red. There’s also plenty of carbonfibre and some bespoke PCA insignia on the dashboard and centre compartment lid.

For the person who has everything, the 911 ownership experience can be personalised further with a key painted in the GTS Club Coupe’s unusual exterior colour and a tailor-made indoor cover.