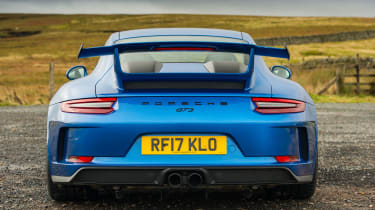 Porsche has confirmed that it will place a greater emphasis on the 911 GT models, and limited-run special editions as the current 992 matures in the marketplace. The expanded GT program towards the end of the 991-generation 911’s lifecycle was hugely successful for the model, which sold more units in its final year of life than any year of 991-production.

As confirmed in an interview with evo by Porsche CEO Oliver Blume, the same strategy has been proposed for this latest 992 generation Porsche 911 too, with ‘many exciting and unexpected’ models to come from Stuttgart in the near future. We’ve already seen mules testing a future GT3 model, but it will come as a great relief to all Porsche 911 fans to hear that the 992 GT range won’t be limited to just the one model.

Another revelation from our chat with the Porsche boss was the introduction of a third ‘lifestyle’ pillar for the Porsche 911 range, adding to the current base and GT series cars that historically form the lineup.

Meanwhile, the future Porsche 911 also looks to be in safe hands if you’re worried about the company’s recent focus on electrification. Blume was adamant that the 911 will remain an internal combustion model, saying that all future full-EV Porsche models will be built from the ground up as electric cars. Finally, Blume also sees no place for fully autonomous driving features in 911s.