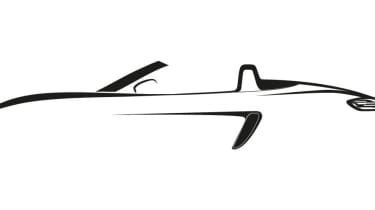 Porsche has announced that its Boxster and Cayman model lines are to receive new names and new four-cylinder powerplants during the course of 2016.

From now on, the models are to be known as the Porsche 718 Boxster and 718 Cayman – referencing Porsche’s successful 1957 racer bearing the same numeric moniker.

The references go deeper than the name, too: Like that racing vehicle, each will move towards four-cylinder, turbocharged engines – the first four-cylinder series production Porsches since the 968 went out of production in 1995.

Porsche has plenty of recent four-cylinder experience of course, with its Le Mans and WEC endurance championship wins in the V4-engined Porsche 919 Hybrid. And the move marks a return to an engine layout Porsche has used ever since the company’s first series production model, the 356.

However, it could see the six-cylinder engine disappear entirely from the Boxster and Cayman lineups – any remaining six-pot models would likely cannibalise sales from the new four-cylinder cars.

Engine capacities are likely to start at 2-litres (another link to the 919 Hybrid) and rise from there, possibly through 2.3-litre and 2.5-litre variants in S models.

Power outputs should remain similar to the outgoing sixes, but performance will improve: The new 911’s downsized turbocharged six has seen gains over the outgoing naturally-aspirated model, and the new four-cylinder units in 718 models are sure to be lighter than the six-pots. That may also be beneficial for the cars’ already excellent handling characteristics.

A seven-speed PDK is expected, with a seven-speed manual also likely, as seen in the current 991-generation 911.

Porsche says it will release the 718 Boxster and 718 Cayman ‘over the course of 2016’. Further details should follow in due course.